Skip to content
Home > News > The Sunday Sermon: Unhooked, unbound and the journey of freedom 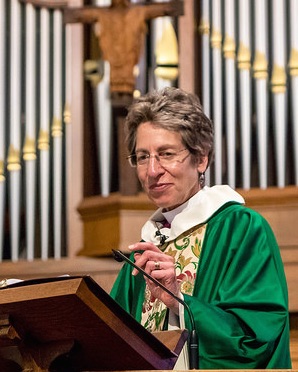 
Happy New Year! School has started, and families with younger children are learning new rhythms and negotiating new schedules. Our calendars may say the New Year is still months away, but our Jewish colleagues begin their observation 10 days from now. The story of Passover begins the Jewish New Year, and Christians, too, share in the invitation to cross over into a new life of freedom.

The Passover New Year comes with a special menu – an evening barbecue of lamb or goat, eaten in a hurry because everybody’s going on a long hike through the desert. They’re bound for the promised land – a land of milk and honey, where no one is hungry or afraid, and sweet justice abounds. That’s our journey, too. Early Christians often celebrated the Easter Vigil with an additional chalice, filled with milk and honey to be shared with the newly baptized. Taste and see that the Lord is good! It gives church ice cream socials new meaning…

Passover always involves setting down what isn’t life-giving, and going in search of greater freedom. The dreamers who took the risk to come out of the shadows in search of legal status are on a Passover journey. Pharaoh isn’t just the phantom of ancient Egypt. Pharaoh is legion, even the demon Jesus drives out of the sick man into a herd of pigs.[1] Pharaoh is our seemingly eternal desire to stay in bondage rather than choosing the journey toward more abundant life.

The paper I read last Sunday had a front page article about addiction.[2] A young woman told of being prescribed pain killers after a serious fall, and soon discovering that upping the dosage removed her anxieties as well. She had plenty of partners in that prison of Pharaoh’s, including equally addicted and abusive husbands, pushers and drug cartels, and recovery programs that wouldn’t stick. Several years on, she is now in recovery, and able to say, “I may have another relapse in me, but I don’t have another recovery in me.” Each day for her is a renewed decision to choose life.

The 12 step process of AA and similar programs begins with “we are powerless over X (alcohol, drugs, some kind of behavior…) and our lives have become unmanageable.” The Israelites’ troubles weren’t over once they escaped Egypt or reached the desert. They complained that Moses had brought them out into the desert to die, and swore they preferred the predictability of slavery. ‘Grumble, grumble, grumble, it’s all YOUR fault, Moses!’ Their only real decision was to go in the wrong direction and build a golden calf. ‘We can worship that – at least we can see it!’ Freedom is hard work – always! – especially when we prefer to blame someone or deny our own agency. The Israelites were still in bondage, for they brought Pharaoh with them.

The portability of Pharaoh is really what Paul is talking about when he says, don’t owe anyone anything, except to love your neighbor. He doesn’t mean burn your mortgage, though he might mean attend to your credit limits. He’s telling us to look around and see where our obligations are. Sometimes it’s finding our innate worth only in someone else’s eyes. Who or what owns you? Jesus is a bit blunter – what you bind or loose, what you obligate or set free in your life, will stick with you – it’s got eternal consequences. Got a grudge? It’s got you until you let it go. Hate somebody? Some wise soul said that’s like drinking rat poison and expecting the other person to die.

We can be obliged or bound to all sorts of things – substances, behaviors, ideas and false hopes, and people. A painful and profound new novel, My Absolute Darling,[3] unfurls the story of family bondage, patterns of abuse and abandonment that are passed on from generation to generation. The utter mutual possession of child and parent makes helicopter parenting look like child’s play. Most of us are hooked to someone or something, in ways that are often hard to recognize.

We come together here week by week to be set free, to keep choosing the long walk toward freedom. We practice the faith so we can let enticing hooks pass us by, and trust that God really is working on new life – especially in the grave of letting go. There are plenty of golden calves around to draw and bind us – including campaign promises that no longer look quite so wonderful. What kind of damage is done to our society when we punish children for their parents’ actions? It’s a form of child abuse, it’s rejecting the gift of the stranger (welcome strangers and you will meet angels[4]), but more than anything, it’s scapegoating, a chronic human response to anxiety.

The nationalistic responses we’re seeing around the world and the white supremacist underbelly in our own society share that same desire to blame somebody for our own discomfort and fear. The Hunger Games is a current example, but the search for a sacrificial victim to relieve our communal anxiety is as old as humanity and a profound part of the biblical story, from Adam and Eve and the snake each trying to blame the other, Cain and Abel, to Jesus of Nazareth and many of his disciples. Our pain and struggle over this hemisphere’s legacy of slavery and domination continue to be expressed in racism and violence. We are all bound by that history, and we will never be free until we confront it, even in fear and trembling.

Jesus offers his disciples a transformative process for confronting a person who has wronged you. If you don’t get a response, take somebody else. Take a group from the church if you’re still stuck, and if the person still doesn’t listen, treat him or her as a gentile or tax collector. Well, what does that mean? What are we supposed to do with Gentiles and tax collectors? Jesus invited them to dinner, and loved them into a new way of being.

Getting unhooked, or being unbound, takes courage and practice. A friend tells a story about a soldier who was a POW in Japan during the Second World War. Day after day, month after month, he was tortured and beaten by the same man. He survived the war, and when he was asked how he managed to forgive his torturer, he said, “I began to imagine him as a babe in his mother’s arms.” That’s unbinding.

There’s been a whole lot of unbinding in disaster country lately, as folks in Texas and Louisiana searched for neighbors and strangers to help. We saw similar responses after Katrina, but we also learned a good deal about the structural binding that kept people in toxic FEMA trailers for years, or made it impossible for some people to get reconstruction loans. We often do better in times of crisis, when we recognize suffering human beings as brothers and sisters. The threat to end DACA is gathering momentum like what Jesus charges in today’s gospel – take others with you and point out the fault, take a community from the church… Let’s get this unbound!

The journey of unbinding looks toward God’s jubilee year that frees us all. ALL God’s children are set free in that new year, and that still makes some people nervous. But the bonds of slavery that keep some down and some up will yield no freedom for anyone.

We make our hurried meal here for that journey of freedom. We have to open our hands and hearts to receive it. When you come to the table today, remember that vision of milk and honey, and receive the milk of loving-kindness and sweet justice. It is for the unbinding of each of us and the freeing of the whole world, gentiles and tax collectors included. We have a choice: rat poison or milk and honey. Choose life!