Skip to content
Home > News > All Our Voices > The Sunday Sermon: Transfiguration 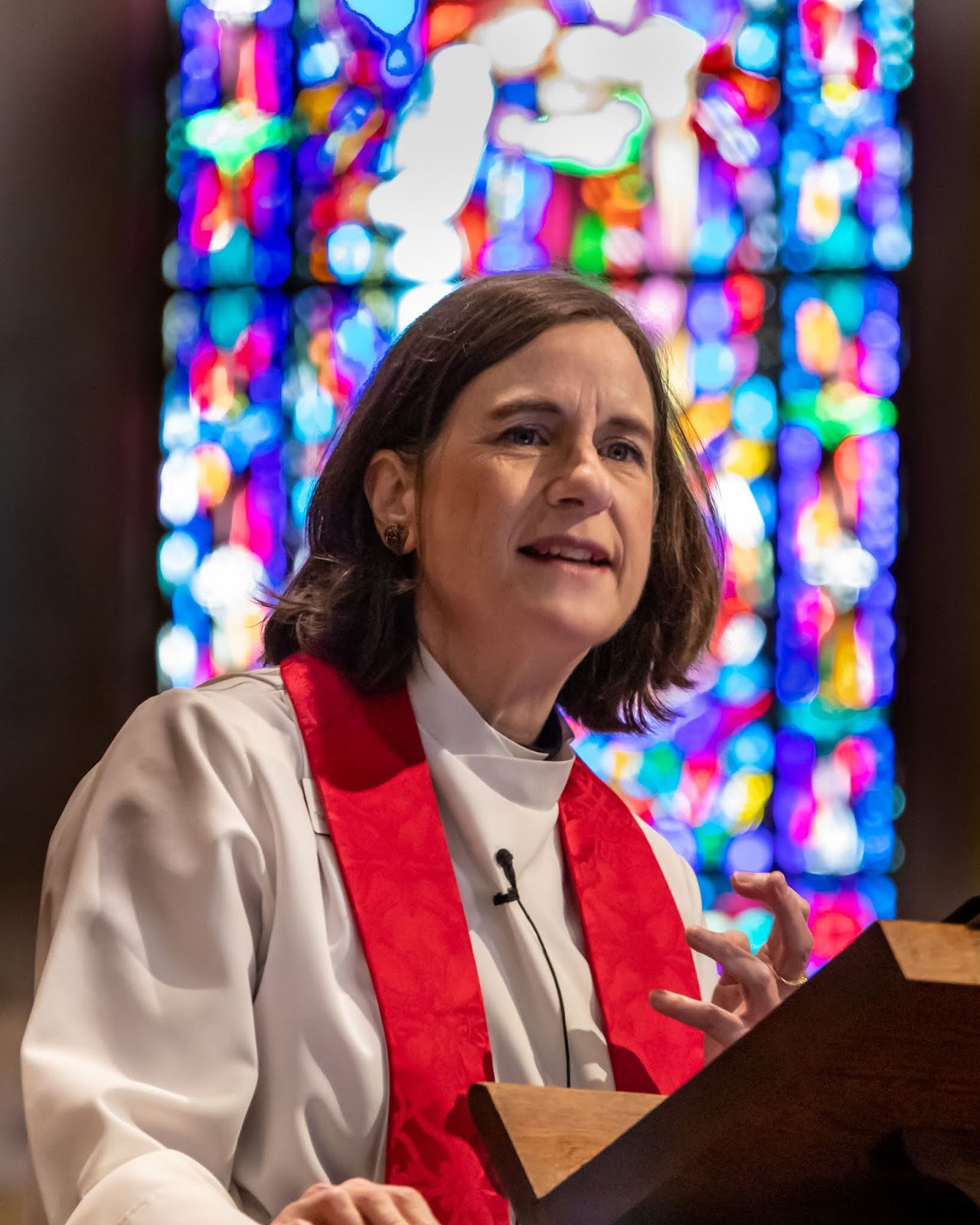 We’ve all seen the movie: a story of the relationship between a grouch, and a high-spirited kid; the tension between them grows to a dramatic crisis, and is followed by the grouch’s transformation into a kindly grandparent, and the happy if tear-inducing ending. There is always a turning point in this formula where someone’s worldview is transformed. They are looking with the same eyes but something has shifted and they see what they never saw before.

Our Scripture readings today tell us that first Moses and then Jesus go on retreat with their closest friends. They have mountaintop experiences. They are transfigured, transformed by their encounter with God, a transformation that is clearly visible to those around them and informs their relationships going forward.

Perhaps you can recall an experience of seeing someone in a whole new light: a parent who becomes frail and vulnerable, a friend or a teacher whom you see in an unfamiliar context. Perhaps there was a moment when you saw Christ in someone for the first time. Imagine then what it was like for Peter, James, and John to see their rabbi transfigured and in the company of the prophets Moses and Elijah, the legendary heroes of their faith. Of course they were changed by the experience. And of course they were startled, even terrified, by the divine voice that proclaimed Jesus to be more than a prophet: this is my Son, the Beloved.

The disciples knew, from the stories of Moses, that it was dangerous to get too close to God: the Exodus story tells us that the presence of God was like a devouring fire. And now these three fishermen, who walked with Jesus every day, were being told that their friend and teacher was in fact the presence of God in their midst.

These last few weeks we’ve been hearing stories of how the mission of Jesus was made known to the people of Israel. At this point in Matthew’s Gospel, Peter has just acclaimed Jesus as the long-awaited Messiah, only to be told that this Messiah will not liberate Israel from oppressive rule but will be betrayed and murdered. Now, on the mountaintop, Peter and the others witness a sort of commissioning of Jesus as Messiah, by both the ancient prophets and by God speaking from the cloud, just as God had once spoken to Moses out of the cloud.

The contrast between the ancient Hebrew understanding of God as a dangerous and destructive presence and Emanuel, the God who comes among us, is driven home by Jesus reaching out and touching the trembling disciples, reassuring them and telling them there is nothing to fear. This is a divine presence that heals and doesn’t hurt. And this experience of God is, in a nutshell, the uniquely good news of our Christian faith: that the all-powerful and transcendent God, who made the heavens and the earth, is willing to be one of us, to reach out with healing hands and words, to enter into the reality of this broken world so that the light can shine in the darkest places.

This week I saw the movie “Just Mercy”. The plot, based on a true story, revolves around the experience of a newly-minted lawyer seeking justice for Death Row inmates in Alabama. The men on Death Row live in the valley of the shadow. They have foreseen their death just as Jesus does in the Gospel. And some, like Jesus, are innocent of any crime.

“Just Mercy” opens with one of the main characters cutting down a tree and gazing up at the revealed gap, meditating on the serene beauty of the surrounding treetops waving in the breeze with a brilliantly blue sky behind them. Later in the movie, in a particularly dark and painful moment, the same character, now on Death Row, closes his eyes and relives that vision, which he has mentally stored away for just such a moment as this.

What have been your mountaintop experiences? When have you glimpsed the glory of God? Surely most of us have some memory of a shining moment that sustains us in difficult times.

The nature of a mountaintop experience is that it is fleeting, however much we, like Peter, try to hold onto it. The music ends, the flower withers, the surprise becomes routine, and sooner or later we have to come back down the mountain to face reality.

Jesus is the beloved son of God, but that doesn’t change the grim fate that awaits him. He and the disciples must still walk on to Jerusalem, sustained by the memory of that mountaintop moment and strengthened in their vision of the Kingdom of God, a world where love and justice and wholeness prevail over hatred and greed and prejudice.

If we can enter into the Transfiguration story and put ourselves in the place of the disciples, we too can experience the healing touch of Jesus. We too can hear him say, “get up and do not be afraid.” We too can draw on the shining certainty that the Kingdom of God is among us, not only in those transfiguring moments but potentially in every moment, if we only pay attention. We can be changed by this encounter, changed so that we become true disciples, walking in the footsteps of Jesus, seeking to become like him, casting his vision for others and making it real.

In “Just Mercy” the young lawyer is changed by his work with Death Row inmates. He has been chastened and abused, his heart broken, his expectations dashed, by his experience. The law and justice don’t always coincide. The systemic racism is deeply embedded. He has witnessed suffering that he couldn’t have imagined. But he has seen the face of Jesus in those inmates on death row. And so he keeps on keeping on.

Last weekend, at the diocesan leadership academy Christian Gillette, newly hired canon for evangelism and discipleship, asked us to consider if being a Christian and being a disciple are the same thing. Discipleship is challenging. It’s easy to go to church, but much harder to actually change your life in the pursuit of learning to be like Jesus. The hard question for each of us is, how much do I want to be like Jesus? What am I willing to give up? Is that vision of a just and peaceful world, of abundant life for every human being, beautiful enough to make me change my life?

At this point in the church year, just before Lent, we are gazing down a wilderness path that leads to the cross. It’s the toughest six weeks of the year. Some people may stop attending church. Some may stay away in Holy Week. And some will walk all the way with Jesus, because the vision that he holds out to us is so compelling, so glorious, that we will endure the discomfort, the darkness, and the guilt of being part of that crowd who shout “Crucify him”, for the sake of bringing that vision just a little closer to reality.

For the lawyer in “Just Mercy”, his Gospel vision of justice called him to persevere, to fight, to keep going regardless of threats and abuse, until his client was exonerated; and even then he didn’t stop. His organization, the Equal Justice Initiative, continues to work today on behalf of those who don’t have access to legal counsel.

This journey of faith will give us moments, mountaintop experiences when someone or something is transfigured and we gain a new insight. But most of the time we will be down in the valley, trudging doggedly in the footsteps of our Savior. And with each step, we will come closer to personal transformation, to the glory that will transfigure you and me. So put on your sandals and take up your walking stick: it’s time to set out for Jerusalem.