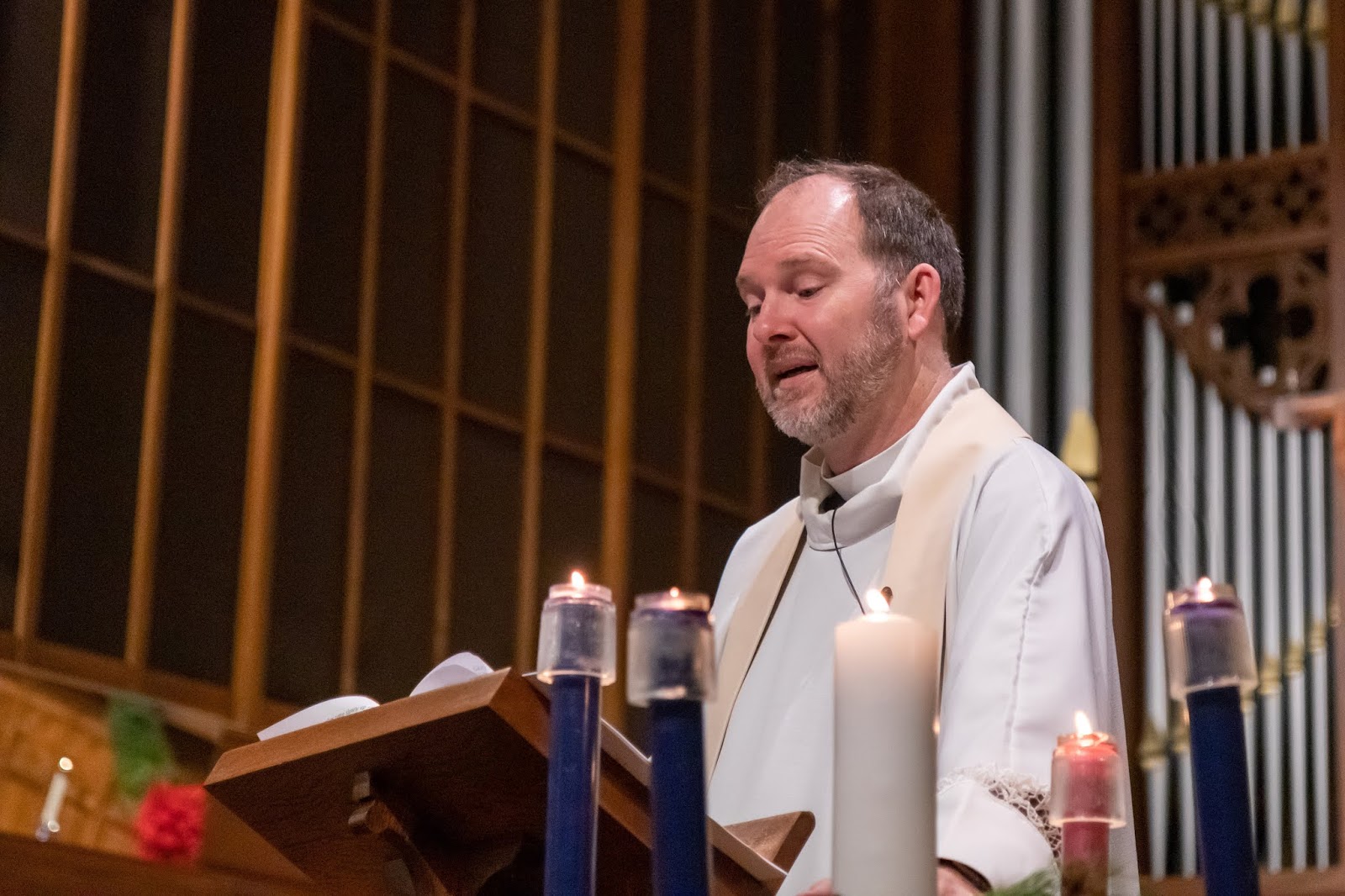 Grace. I am
for it. If I were asked to sum up my theology in one word, it would be “grace.” I don’t think we act on grace enough in the church. Grace is all about the gifts freely given to us that we cannot earn; about the ways in which God loves us that are not like
the ways of this world; the gifts that are not payment for services rendered, are not transactional, are not in our power to repay, and are not in our control even. As one of my mentors used to say, the whole of the good news can be summed up simply this
way: grace trumps.

At the Rooted
in Jesus conference that several of us went to recently and haven’t been able to stop talking about, one of the presenters noted some things about the 21st century relationship with God that I think affect our relationship with grace.

It is assumed
in our world today that it is possible to live a full and fulfilling life without any relationship to a transcendent God. That hasn’t always been true.

Today’s culture
also implies that spiritual power is within us. That hasn’t always been true.

There have
been unintended consequences for the victory of critical thought in modernity. Institutions are in decline. They are no longer needed to propagate thought and to convey information from one generation to another. The source of authority has moved from family
and institutions to the self. A major complication with this development is that individuals have to find their own way– how something feels has become the judge of what is true. If people don’t like how something feels, if people don’t feel like they are
helping then they move to something else.

So how do we
find grace in an environment that is fluid and fragile? When the very nature of grace is the ability to receive transcendent gifts that may make us feel powerless, the result in these situations may be to make us feel unworthy. And that may leave us feeling
like it’s time to move on in search of something that justifies us rather than sitting with the overwhelming gifts that we have been given without merit but may make us uncomfortable.

Many of you
are familiar with Dietrich Bonhoeffer. He was a theologian famous for resisting the Hitler regime in World War II who was eventually martyred for his stand against the regime.

In his book,
The
Cost of Discipleship,
Bonhoeffer wrote about something he called cheap grace.

I suspect that
many of us may bristle from Bonhoeffer’s description. It is not hard to resist the idea that discipleship requires discipline. What’s wrong with wanting grace to be cheap? Isn’t Jesus primarily a pastoral, loving figure? What’s wrong with having the hardest
spiritual thing we do be the journey to purchase a yoga mat? And anyway doesn’t this more difficult grace start to sound too much like those crazy fire and brimstone folks?

One of my re-awakenings
at the conference I mentioned was remembering just how radical Jesus was. Yes, he was pastoral and loving. But he was so much more than that. In today’s gospel passage he is also laying out a vision for what it means to be a disciple.

Discipleship
is such a church word. It means the process of becoming like Christ; of becoming more and more a follower of Christ. In our diocese, our bishop has changed the name of our diocesan Formation committee to the diocesan Discipleship committee because the purpose
of Formation is not to provide classes for people to consume; it isn’t Education although that can be a part of it. The purpose of Christian formation is to create disciples. That may include classes, but liturgy is formation. Service is formation. Daily
life and prayer practice is formation.

And in the
gospel passage today Jesus lays out for his first century audience what discipleship meant for them, to have responded to grace and be formed as his followers.

In four different
situations, he challenges them to do more than the ancient Jewish law calls for; not to treat other people based on legalistic understandings of the minimum required to “pass” legal muster. Instead he calls them to respond to others in their daily lives based
on what will make relationships full and whole, going beyond the letter of the law.

The opposite
of murder is not just not killing, he says. It is not even working through your anger at someone you might like to kill. It is reconciling fully with that person. A fully reconciled relationship is a far way from the legal minimum of refraining from killing
someone. A disciple of Jesus can measure their relationship with God by the attempts at restored relationships with family, friends, and neighbors.

Throughout
this passage it is clear that following Jesus results in changed lives. Following Jesus is more than an inward journey: his disciples have motivation upon realizing what grace they have been given to change their behavior and do more than just skate by.

Bonhoeffer
contrasts cheap grace, just skating by, with costly grace. He defines costly grace as “the treasure hidden in the field; for the sake of it a man’ will gladly go and sell all that he has. It is the pearl of great price to buy which the merchant will sell
all his goods. It is the kingly rule of Christ, for whose sake a man will pluck out the eye which causes him to stumble, it is the call of Jesus Christ at which the disciple leaves his nets and follows him.”

Discipleship
comes with costly grace, but it isn’t from browbeating, from guilt or shame, or from fear-mongering. The cost is not payment for a transaction, it isn’t earning one’s grace or place in Jesus’ kingdom, it isn’t even a responsibility. It is a vision of something
so beautiful the follower is drawn in to the behavior that supports it, gives themselves completely over to it. It is surrender.

Years ago,
a man named Anthony Colon learned his older brother had been shot to death on the streets of New York City. They were just teenagers.

Anthony had
looked up to his brother. He described him as the only family he had, the one who looked out for him, who always saw the goodness in him, who taught him not to fight to solve his problems.

Anthony became
hurt, and angry. Of those years after his brother’s death, he says, “Oh, God, it just – it just put so much hate in my life. I hated everybody. I hated everything. It made me to be not a person, but like a monster.”*

The anger took
over for years. But eventually, something changed. Anthony began attending church. He had a family. And one day, he ran into his brother’s killer while visiting someone else at the prison.

His brother’s
killer was named Michael Rowe. When Anthony saw him that day, Michael didn’t feel very good about himself. He expected some kind of revenge; some kind of attack.

That chance
encounter would change both men’s lives. Michael got support from a ministry that helps inmates transition out of prison, and having the support of the victim’s family made a world of difference. The coordinator of the program said of Michael and his relationship
with Anthony, “Not only does it lift that cloud of shame that he walks with, but more importantly it allows him to have a second chance with the blessings of the victim’s brother.”

The forgiveness
and reconciliation that Anthony allowed in his relationship with Michael released both of the men of their hurt and anger and allowed transformation to occur.

Anthony eventually
sat in support for Michael at his parole hearing and was released. Anthony says of the experience “For some reason I felt that he was dealing with… condemnation. Self-pity. Just like this hovering darkness that was around. People think that’s strange, but
it’s just the part of the nature of a person that’s closely connected to God. There’s a connection with God that can allow you to see past what’s in front of you.”

Anthony found
a vision of a world where reconciliation is primary rather than simply meeting the legal requirement of not taking revenge on his brother’s killer. He found that vision and pursued it, releasing him of anger and bitterness. As a result Michael also found
grace, and pursued it, changing his own life.

Where is costly
grace being offered to you in this world today? Will you pursue the vision of something more beautiful, of being a disciple, even if it costs something?