Skip to content
Home > News > Easter Vigil Sermon: This is the night

Alleluia, Christ is risen! The Lord is risen indeed, Alleluia! 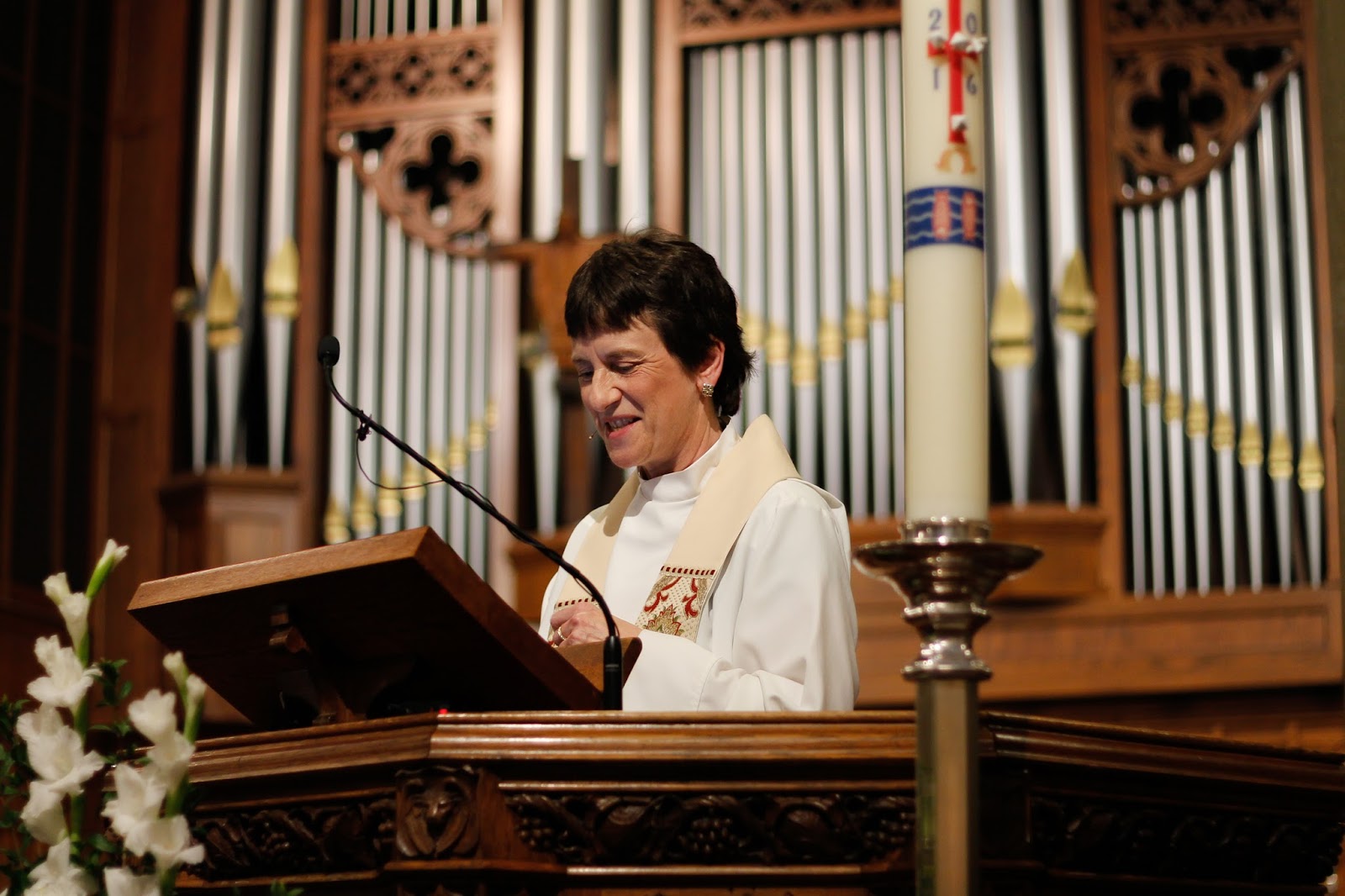 Funny thing about those three statements: two are about the past, one is about the present.
Tonight we mix up the long ago and far away with the here and now. It’s a potent mix.

When I was in grammar school I was taught that it was bad form to mix tenses in a story. Now that I am working on my Spanish, I’m struggling to distinguish correctly between present, praeterite, and imperfect tenses. It doesn’t help that sometimes the same word is used for both present and past tense.

But on this night, present and past come together, and we can use the same words, for Christ is risen! On this night, the primordial creation and our rebirth in the Spirit meet in the empty tomb. On this night, we celebrate the awesome power of God’s life-giving Spirit, no less active in us today than it was when it moved over the face of the uncreated waters. All of salvation history is collapsed into a single, transformative liturgy as we find our way from the darkness of the grave, even of humanity’s very womb, to the light of resurrection and renewal.

In the beginning, God created the heavens and the earth … The great stories of our faith have been told and shared over millennia, but they haven’t lost their power. Each story we’ve heard tonight centers on the same unchanging truth: our God makes promises to us and then delivers on them.

In Genesis, God creates a home for us and promises to provide everything we need.

In the Exodus, God liberates the faithful from captivity and obliterates their enemies. (This story, by the way, contains one of the most sinister promises in all of Scripture. I wonder if you caught it: “The Egyptians whom you see today you will never see again.”)

The prophets give us assurance that God’s word does not return to God empty but bears fruit, that God will gather us and cleanse us and will be our God no matter what, that God will raise the dead to new life, and that we shall truly live and know that the Lord has spoken and will act.

Those are the ambitious promises that God offers to all of humanity, promises we can trust.

And we see the promises fulfilled tonight. This is the night.
The Easter Gospel, as Luke tells it, has the mysterious beings at the tomb – let’s just call them angels – ask the women a rhetorical question: “Why seek the living among the dead?” At that moment, those women knew only of death. They had come to perform the heartbreaking task of preparing a body for burial. They were deep in grief and shock. They weren’t looking for life. So it took them a little while to grasp that something amazing had happened. It took the angels saying, remember what he told you. And as they remembered, they began to understand. They took the step from despair to hope. They stepped from the darkness into the light. And then they went to rejoin the living; and they shared what they were realizing with their friends. It was a process, not a moment.

And, just as it was for the women, so it was for the men. They too had to make the journey from disbelief to faith. First, they had to move beyond their own automatic dismissal of the women’s story. It seemed to them an idle tale. Well, what do you expect from a bunch of silly women? After all, women didn’t even count as valid witnesses in court. They were so insignificant that they could weep over the body of an executed criminal and then go out in public without fear of being recognized and arrested, because they were functionally invisible. The male disciples, represented by Peter, had to see the empty tomb for themselves before they would believe.

And what they came to believe, was that God’s promises to humanity, made in creation, in liberation, in exile, in Word bearing fruit and in mighty act reviving a people, all those promises had been fulfilled, once for all, in the resurrection of Jesus of Nazareth from the dead. 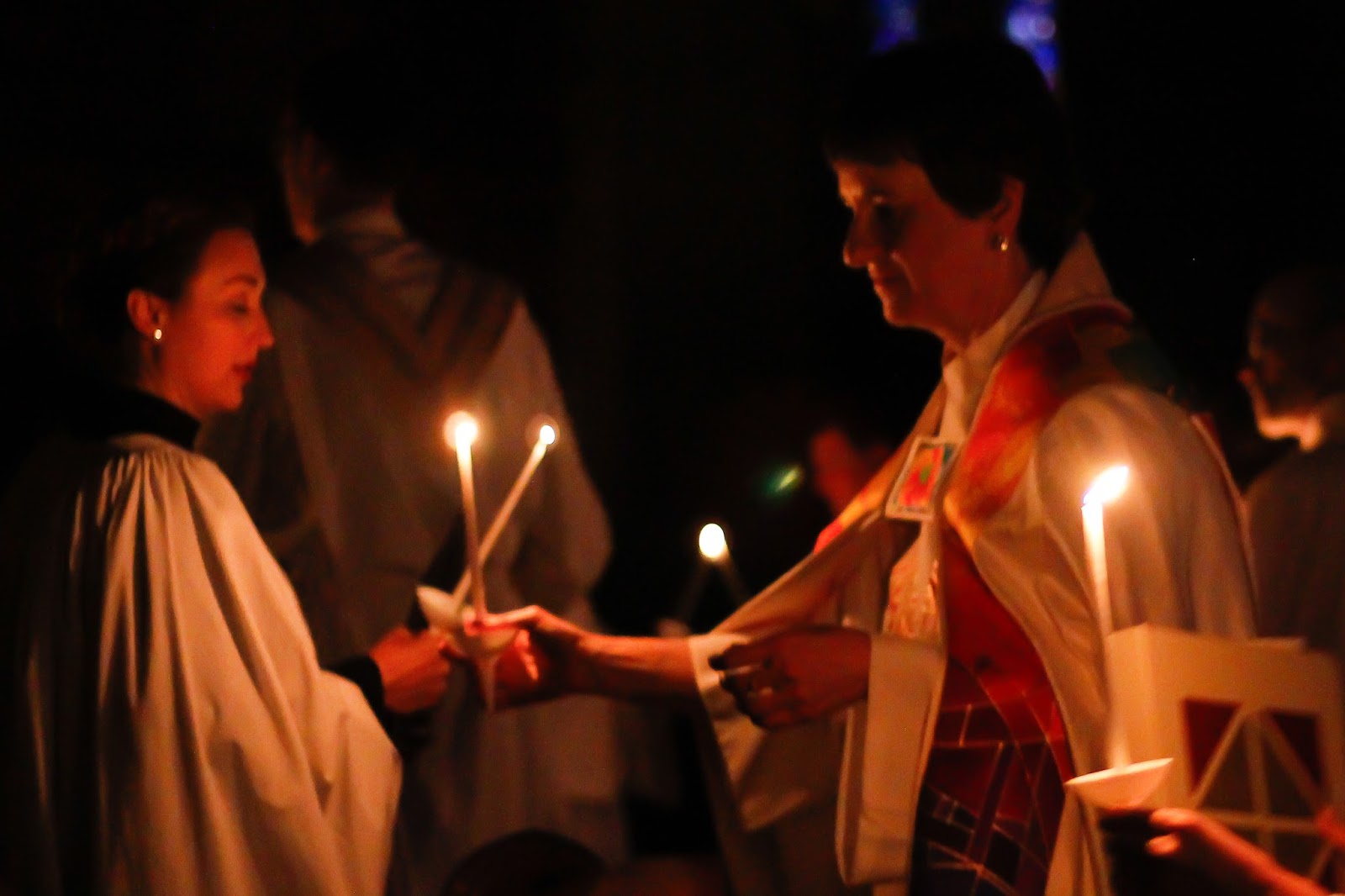 This isn’t just a story that happened long ago and far away. It’s a story that continues to be told and to be true in the lives of faithful people today. Why seek the living among the dead? Too often we find ourselves living among the dead, clinging to dead ways of being, worn-out ways of relating to one another, lifeless idols of security and success, when we only have to look up from the grave to discover that God is offering us life, a life more abundant than any story can describe, a life that we can share with the world.

The promise of this night is that God’s power knows no limits. Resurrection breaks all the rules, but it happened, and it continues to happen every time we encounter the risen Christ.

As we live into the reality of resurrection we are driven to bring life to the lifeless, to share the Gospel as those women once shared it, to make the story our own and to offer the world the one promise that will never be broken, the promise that God is with us always, that Christ is alive in us.

For this is the night when all promises are fulfilled, and all Creation shouts for joy.