Skip to content
Home > News > The Sunday Sermon: to release what is rotten 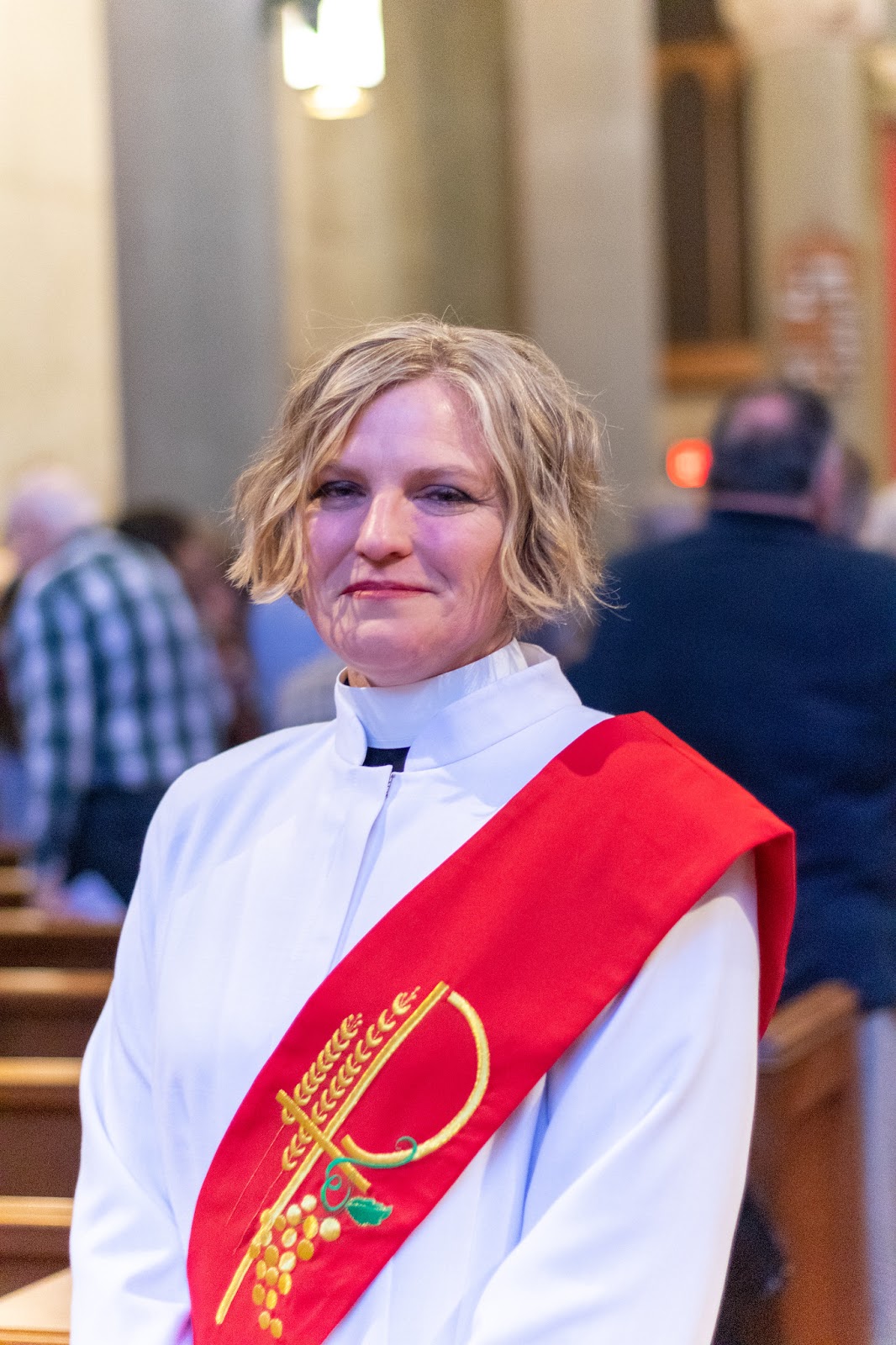 Is there no limit to the interesting situations Paul and Silas find themselves in? In today’s story, we have a fortune-telling slave girl possessed by a spirit who just won’t leave them alone.

The passage says she had a “spirit of divination.” The Greek word in the original text for “divination” is POOTHian which sounds like PYTHON and means: “to rot.” To ROT!

How do we go from something rotting to divination, to something divine?

There are processes in nature like composting that change rotting things into healthy, life-giving, rich soil that nourish other plants. When a tree stump rots in a forest, there is a point at which it actually stops rotting and gives birth to abundant new life in the form of young saplings and nutrient rich mushrooms among other things.

Have you heard of the oracle at Delphi? She would sit atop a crevice in the earth and inhale vapors that gave the power to predict the future, or so the Greeks believed. In their mythology Apollo slew a giant serpent, a python, and cast its body deep in the earth. The python’s rotting body, having been touched by the divinity of Apollo, gave rise to superhuman powers: seeing the future. Modern scientists believe the gas, ethylene, rises up from the earth in the exact location of the ancient oracle chamber. When inhaled in the right doses, ethylene can cause hallucinations, muscle relaxation and euphoric psychedelic experiences.

Back in the story with the slave-girl, I read one commentator who said that when the slave girl says: “These men are slaves of the most high god proclaiming the way of Salvation,” the people would have heard “Most High God” and thought of Zeus not the God of the Israelites, so you can see why Paul takes action. The text says he was very annoyed. Those words, “Very much annoyed” are translated at other times as deeply grieved, or exhausted to the point of depleting, painful worry. For days the slave-girl has followed Paul and Silas around. Paul has grown exhausted and casts out the spirit.

This reminds me of the story in Luke about the persistent widow who goes to the judge day after day asking for justice. The judge, even though he didn’t fear God or care what people thought, granted her justice! Because she wore him down!

So Paul casts the spirit of the python out of the slave-girl thereby giving her salvation. She is freed from the thing constricting her life and keeping her enslaved.

Now when Paul casts the spirit out, all hell breaks loose.

Of course that’s where Christ often does his best work.

As Paul and Silas are sitting in the dark of night, wounded from a beating and probably feeling very far from God, they transform their rotten experience into a divine moment through prayer and song.

I don’t know about you but if I were in their position I would not be praising God and singing hymns! Usually when I’m down, and I get down by much less than they do – slow Internet, a bad haircut, not having a signal on my phone – my first instinct is not to pray and sing. It’s to complain to my wife and anyone else who will listen!

But not Paul and Silas! They sing and pray and God does great things!

Victor Frankel, holocaust survivor, said: “Between stimulus and response there is a space. In that space is our power to choose our response. In our response is our growth and freedom. Everything can be taken from a person but one thing: the freedom to choose one’s attitude in any given set of circumstances, to choose one’s own way.”

But please don’t misunderstand me. I’m not saying that if you just have enough faith, just have a good attitude, just pray, and believe that Jesus is your lord and savior, everything will be all right. Because life doesn’t work like that. Those kinds of simplistic platitudes actually just make me feel worse and feel guilty because I don’t have the kind of faith Paul and Silas had.

That’s why faith is given to communities more than just to individuals. This faith walk is not a solo act. Yes we can have our personal experience of prayer and connection to Jesus and the stories of the Bible, but we can also take a step back and understand that our whole community of faith here surrounds us all the time, affecting us in ways we don’t even know. Tibetan monks meditate for the world every minute of every day. I sometimes wonder what unseen impact that has on all of us that we don’t even know.

I had for years held onto bitterness and a feeling of being mistreated by a particular person. I went on a silent retreat about a month ago, and there, away from the Internet and other distractions, I got in touch with the fact that the story I was telling myself about this person who so mistreated me, was really causing ME a lot of rancor, and rottenness. By the grace of God I let go of some of that bitterness and resentment that was keeping me from abundant life. Since that day I have experienced resurrection in that relationship.

A couple weeks ago in this sacred space a conservative, Roman Catholic man, and his even more conservative wife attended an ordination service of a woman, an openly gay woman, becoming a deacon, a leader in Church, ordained to speak in church, to proclaim the gospel.

The man is my father. His wife, my mother.

It was a divine event. So many of you were here, THANK YOU and so many friends from around our diocese! The music, the organ, the trumpets and timpani, and bagpipes! The pageantry, banners, the beauty of it. It was divine!

But my relationship with my parents over the past decade, since I Came Out, has at times resembled something rotten with noxious gasses escaping it.

But THEY WERE HERE! They were able to release whatever part of their ideology that prevented them from accepting me and my wife for many long years, and they were here supporting me on such an important day. Through the love of God, they were open enough to come and hang out with me, my wife, our queer and straight friends, all of YOU for one golden, glorious day!

It wasn’t a perfect weekend. My mother and I got sideways in conversation. Apologies had to be made and forgiveness given. She made a point of telling people at the ordination rehearsal that she PREFERS the 1928 Prayer Book.

But they were here.

Rottenness really has to do with stagnation. Compost can’t become compost, the bacteria can’t do its thing, without oxygen, time and space and turning. The places in ourselves where we are blocked are stagnant. Those are the places we need to breathe new life. That’s where being in a faith community like this one is helpful. We need one another to recognize where we are blocked. Only then can we begin to work on releasing the resentment or the thing we’re holding onto that robs us of life.

Just like Paul and Silas’ wounds were dressed and healed, so we can dress and heal one another’s wounds in community by letting things go and by releasing whatever is rotten.

Just yesterday a group of about 50 of you gave time on your Saturday to come together to help care for this campus. What a wonderful example of the community caring for one another and for the church.

Jesus’ prayer in the gospel talks about an indwelling of the love of God that is embedded there to release us from whatever constricts us. Jesus’ last words on earth before ascending is for the Father to help us, you and me here today, to have the love that transformed Jesus’ death into life. Because the love of God resurrects things.

Paul releases the slave-girl from the python spirit within her. On retreat God helped me to release a little bit of resentment. My parents were able to release something inside them enough to support me. We can all be released from whatever is rotting inside us.

Where do you feel things rotting in your life? Can you breathe into that space between stimulus and response? What can you release today?