Skip to content
Home > News > The Sunday Sermon: The season of Hope 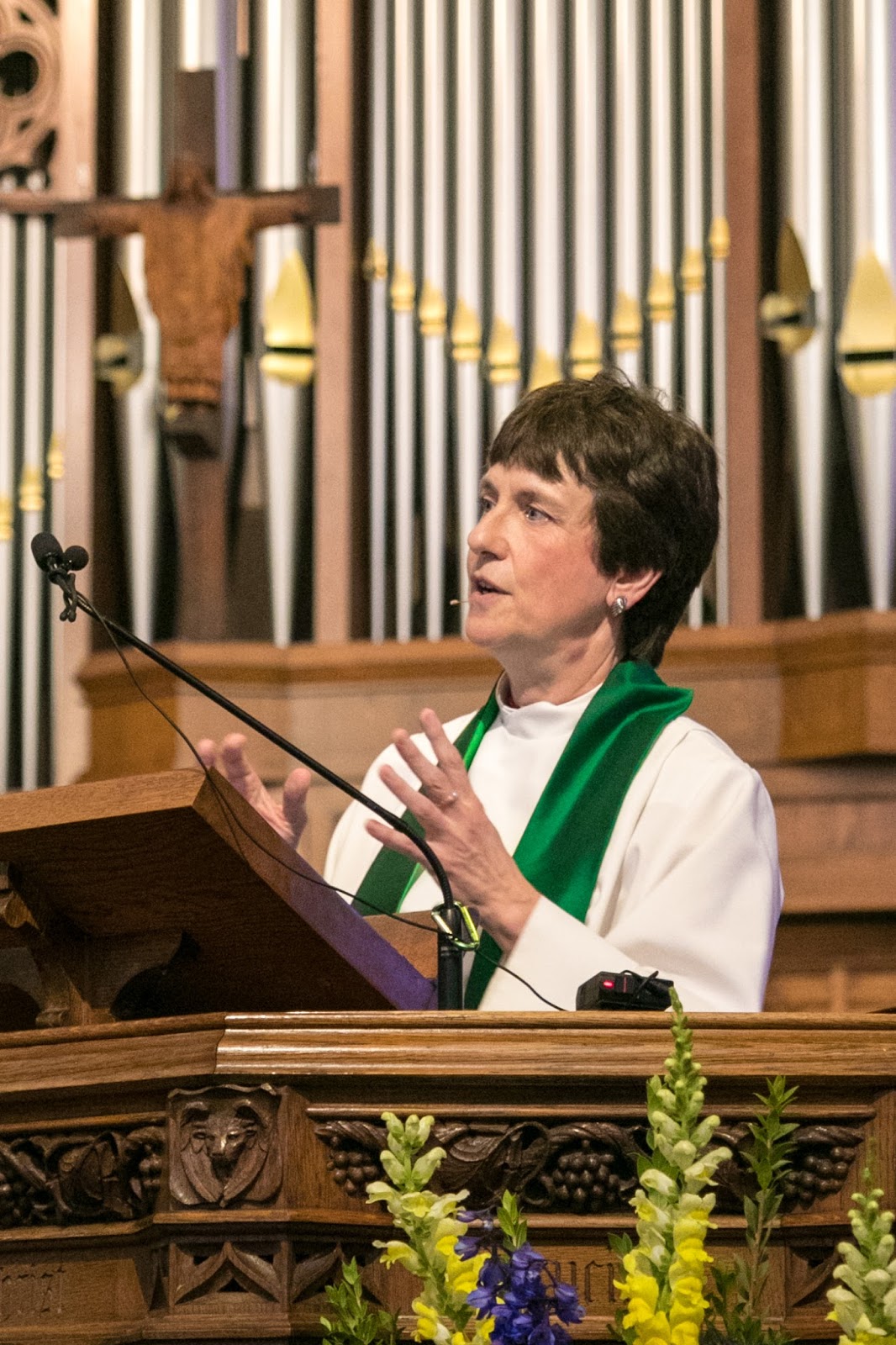 Hope is the thing with feathers
That perches in the soul
And sings the tune without the words
And never stops at all.

New Englander poet Emily Dickinson knew the power and necessity of hope, in a land where winter seems to go on for ever.

Today we face a mess of contradictions. It’s the first Sunday of Advent, the start of a new church year, and yet our calendars are old and tattered, the days continue to get shorter and cooler, the world is full of signs of endings – a lame duck administration, falling leaves, the publication of end of year lists. Are we at the beginning or the end? Our scripture readings don’t do much to resolve the confusion.

If you aren’t familiar with the church’s peculiar logic, here’s a summary of how our Sunday readings are structured. We have a three year cycle, each year focusing on one of the first three Gospels (I’ve never understood why it isn’t a four-year cycle with the four Gospels, but like I said, peculiar logic). On this first Sunday of Advent, as we begin year A, we start hearing each week from Matthew’s Gospel. The Old Testament reading is selected to match or contrast with the Gospel. The Psalm is a congregational response to or meditation on the Old Testament reading.The second reading is usually from one of the letters by Paul and others, and often runs sequentially from week to week through the highlights of one letter, although in Advent the second lesson jumps around to pick up various Adventish themes, today’s theme being “Watch out! Wake up! Jesus is coming!”

Now you might think that we would start at the beginning of Matthew’s Gospel and go forward, but no. Today we jump right in near the end, to the teaching Jesus offers his disciples after they arrive in Jerusalem and just before he is betrayed and arrested. It’s not until the fourth Sunday of Advent that we find ourselves at the beginning of the story, with Matthew’s unique portrayal of Joseph, that most patient and forgiving of fiancés.

Today is all about being ready for the unexpected. In our culture, Christmas is anything but unexpected. We’ve been seeing signs of its approach for a month or so already. And it’s not just Christmas. We try to insulate ourselves from the unexpected and unplanned in every part of our lives, from the sensible such as signing leases, to the fanciful such as reading our horoscopes. We buy insurance policies. We check the weather forecast. We plan budgets – something we’ve been very occupied with at church lately. We design career paths and family structures and vacation schedules. We make Christmas present lists and wills.

But, as the saying goes, life is what happens when you are making other plans. A young girl in ancient Palestine was visited by an angel and the world turned upside down. Three years ago I was preparing to start a Doctor of Ministry degree at Virginia Seminary, and God called me to San Diego. Three Sundays ago I gave Communion to a member of our choir who was his usual cheerful self, and the next day we learned that God had called him home. That same week our entire nation was stunned by an electoral upset that nobody saw coming. And, try as we may, we cannot know or predict when the kingdom of God will be fully inaugurated.

We live in a time between times, a time when Jesus has visited the earth but has still to return to claim it for his own, a time when we have seen the ultimate gift and we have witnessed humanity’s rejection of it. Advent is about living in the time between the times, living in expectation, in tension, experiencing painful reality while placing our trust in the new creation that God has promised will some day come to be.

Sometimes it feels like we take two steps forward and then one and a half steps back. We celebrate marriage equality, and up spring so-called religious liberty laws designed to discriminate. We get within spitting distance of electing a woman as president, and instead face a real possibility of seeing reproductive choice restricted across the land. We take strides towards racial equality and then see young black men shot and native Americans driven off their own sacred lands. It’s easy to feel helpless, to feel that there’s nothing we can do to move the needle back towards equity and justice.

What we can do is live in hope that it will happen, that God is in charge, that whatever happens to us individually, or as a congregation, or as a generation, the Kingdom is coming ever closer, the plan of salvation is, ever so slowly, inching towards its fulfillment. Advent is, above all, a season of hope, and that is the message that is woven through these readings. We hope with Isaiah and the Psalmist that the world will know peace. We hope with St Paul that our leaders will set an example of honorable living, and that we will put behind us the xenophobia, greed and discrimination of our history. We hope with Jesus that, whatever happens to upset our carefully laid plans, we will continue to prepare the world to be a better place, worthy of the presence of God, a safe and welcoming home for the vulnerable, the refugee, the oppressed, in a world better than the one that begrudged the Christ child a bed, the one that stands by while a government bombs its children in Aleppo or fires smoke grenades at young water protectors in North Dakota.

We can be better than this, with God’s help.

Last week our ingathering of pledges was moving and impressive. It was wonderful to watch everyone, old and young, streaming up to the altar to make our commitments. But we haven’t yet reached the level of giving that we are hoping for. We have great plans for next year at St Paul’s. We want to expand our youth ministry and launch an alternative worship service to bring the good news to people who aren’t attracted to our traditional services. But we may have to put those plans on hold, and Chapter will need to be prepared to make tough budgeting decisions, in case our hopes don’t materialize. But my hope remains strong. Now more than ever, we need strong leadership from our faith communities. We need to be able to feed the hungry, house the homeless, speak for those without voice, teach our children what it means to love your neighbor as yourself.

Meanwhile, look for the signs of hope, that thing that perches in the soul and never stops at all. Hope in a family rehoused after being homeless. Hope in the birth of a beautiful child. Hope in a moment of tenderness between friends. Hope in a prayer for healing. Hope in a prisoner freed. Hope in the graceful letting go at the end of a long life. Even though the days continue to shorten and the world continues to thrash about in violence and injustice, we hold to hope, because we know how the story ends, we believe the promises, and we are getting ready for the one who is coming into the world. Come, let us walk in the light of the Lord.