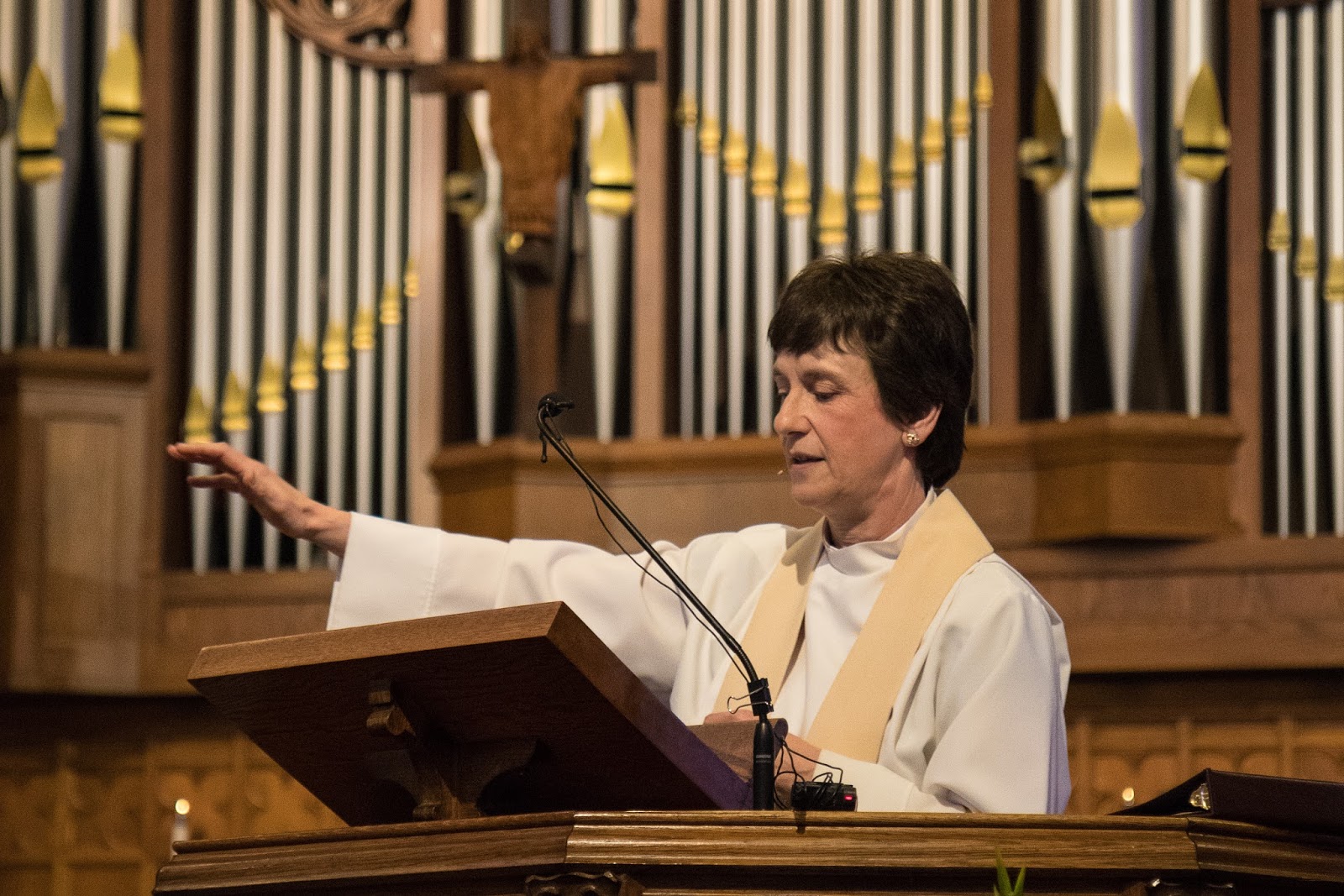 What do the following things have in common? The church calendar. A speech at the Republican National Convention. Chapel chairs. The Lord’s Prayer in Spanish. The weather. Dvorak’s String Quartet number 11. The office hours for the veterinarian. The hospitalization of a cathedral member. They are all thoughts that scampered through my head during my morning meditation one day this week. I struggle to focus on God alone for ten minutes at the start of my day. My mind rarely cooperates. I am no prayer expert. But I keep trying. I have to believe that God appreciates the effort. And I know that this tiny drop of silent prayer in my day is something that I need. I need the discipline of prayer, even when I’m no good at it. I need those moments alone with God, even and especially when my busy mind is offering constant distraction.

What does prayer look like to you? Do you have favorite prayers that you memorize or read? Do you pray through a list of names? Do you read Scripture and meditate on its meaning for you? Perhaps you say Morning Prayer or Evening Prayer as prescribed by the Book of Common Prayer. The writer Anne Lamott says there are, essentially, only three prayers: Thank you, Help, and Wow; but somehow we manage to expand those three phrases into whole books full of prayers.

Episcopalians are perhaps especially attached to well-crafted prayers. After all, we are formed by the grace and elegance of the Prayer Book, and it sets a high bar. Do you take care with your words when you engage with God? Do you ever feel that your own words aren’t adequate? I’ve been trying to memorize the Lord’s Prayer in Spanish. I want to get it right, to say exactly the right thing, which is ridiculous, because it’s impossible to translate exactly what someone speaking Aramaic 2000 years ago would have intended to say. But nonetheless I want to pray the way El Libro de Oración Común dictates, because in some sense that’s the “right” way to pray.

At yesterday’s Stephen Minister training class, we talked about prayer. We practised praying for one another and we learned how to build a prayer. I think it’s fair to say that most of the class found it to be a challenging exercise. Many of us prefer to use someone else’s words, written down and preferably published. Perhaps we are afraid to say the wrong thing, in case – what? In case we offend God? In case we are struck by lightning? In case God turns away from us? There are recent examples of very public prayers that were poorly expressed, to say the least, and we don’t want to risk that. Whatever the reason, we are shy about extemporaneous prayer. So we take refuge in safe prayers, tried and true, scrubbed and polished.

These are tumultuous times in our world. Every day there is news of another mass shooting or bombing, and our poltical system seems to be spiralling down into some kind of alternate reality.

What can we do when the world is going to hell in a handbasket? I see a lot of calls on social media for prayer, and I see an equal number of rants that prayer isn’t going to change anything: what’s needed is action. But prayer isn’t only words or silent meditation. There are times when the prayer book isn’t enough, when prayer should be passionate, incoherent, even ungrammatical. Times when all we can do is weep or rage or stand before God in silent shock. Prayer doesn’t have to involve words to be genuine, profound, and transformative.

When someone tells you that prayer is not enough, consider all those methods of prayer. Just as our concept of God is often too small, so is our concept of prayer. It’s not a laundry list or a magic formula. It’s a way of saying that I am with God and God is with me. We have a living relationship and nothing will break us apart. My prayer is my participation in a conversation that is ongoing, among the persons of God and between God and creation.

In Luke’s Gospel, Jesus is a person of prayer. It may be assumed in the other Gospels, but Luke makes a point of telling us that Jesus regularly took time away for private prayer, and we are not told the content of his prayer. Except for the passage we just read, when the disciples let their curiosity get the better of them. Like good Episcopalians, they want to know the secret of “good” prayer. And the words Jesus gives them have become the most universal Christian prayer of all.

The Lord’s Prayer works because it meets us where we are. It doesn’t set high bars for us to meet, but it covers all the bases. Praying “thy Kingdom Come” is a reminder that we are committed to the transformation of the world. Asking for our daily bread reminds us to give each day full attention, not to hoard our resources but to be ready to ask again tomorrow and the next day and the next. Forgiveness by God is measured against our own efforts to forgive: no cheap grace here, but a strong incentive to practice a Christlike quality.

When we ask that we might be spared the time of trial, we echo Jesus’s own very human prayer in the garden before his arrest: “Father, if it’s your will, let this cup pass from me; but yet not my will but yours be done, for yours is the kingdom and the power and the glory.” We pray for deliverance from evil, in whatever guise it may appear: in greed, discrimination, abuse, violence, manipulation, disease, and so much more. We need that prayer today more than ever, with all the pressure to give in to fear and build walls between ourselves and the rest of humanity.

The Lord’s Prayer is a prayer all Christians can share, regardless of denomination or theological position. A worship service without it feels incomplete, and it unites a disparate congregation at a wedding or a funeral.

On the Mount of Olives in Jerusalem there’s a Carmelite convent where the Lord’s Prayer is displayed in more than one hundred languages, a vivid illustration of the commonality of Christian prayer across the globe. At a conference I attended in May we were invited to say the Lord’s Prayer in the language most comfortable for us. It was wonderful to hear the murmuring and the cadences of English, Spanish, Maori, Mandarin, and perhaps other tongues, all expressing the same intimate relationship with Abba, our Father.

Whatever is best in human relationships, suggested by Jesus as the warmth and self-giving of a close parent-child relationship, our relationship with God is like that only much more so. God knows what we need and God provides it, even when we ourselves don’t know what it is that we truly need.

We need to be persistent in prayer, not because we will wear God down, but because it’s a relationship worth pursuing, whether or not we feel like it, whether or not it seems like God is paying attention, whether or not our prayers are answered as we wish. The exercise itself is worth while because it is through prayer that we become able to perceive God’s action and presence in the world and in our lives. By being persistent, we come closer to God because God models persistence. God is persistent in loving us whatever we say or do. God never gives up on us, and so our response is to be equally persistent.

Our relationship with God through Christ is where all relationships begin. When we pay attention to that relationship, to that commitment, we will be better equipped to deal with everything else that comes our way, whether betrayal, loss, fear or anxiety. In this anxious and fearful age we need prayer more than ever, to keep our roots strong and nurture us through uncertainty and change.

I will keep on struggling through my morning meditation, fielding all those stray thoughts and worries and dragging my attention back to God; I will keep on for as long as it takes, which means as long as I live. Prayer is a conversation that never ends, a door that never closes, a practice that humbles our pride, calms our fears, and carries us into the presence of the one who loves us more than we can imagine.