Skip to content
Home > News > The Sunday Sermon: God So Loved the World 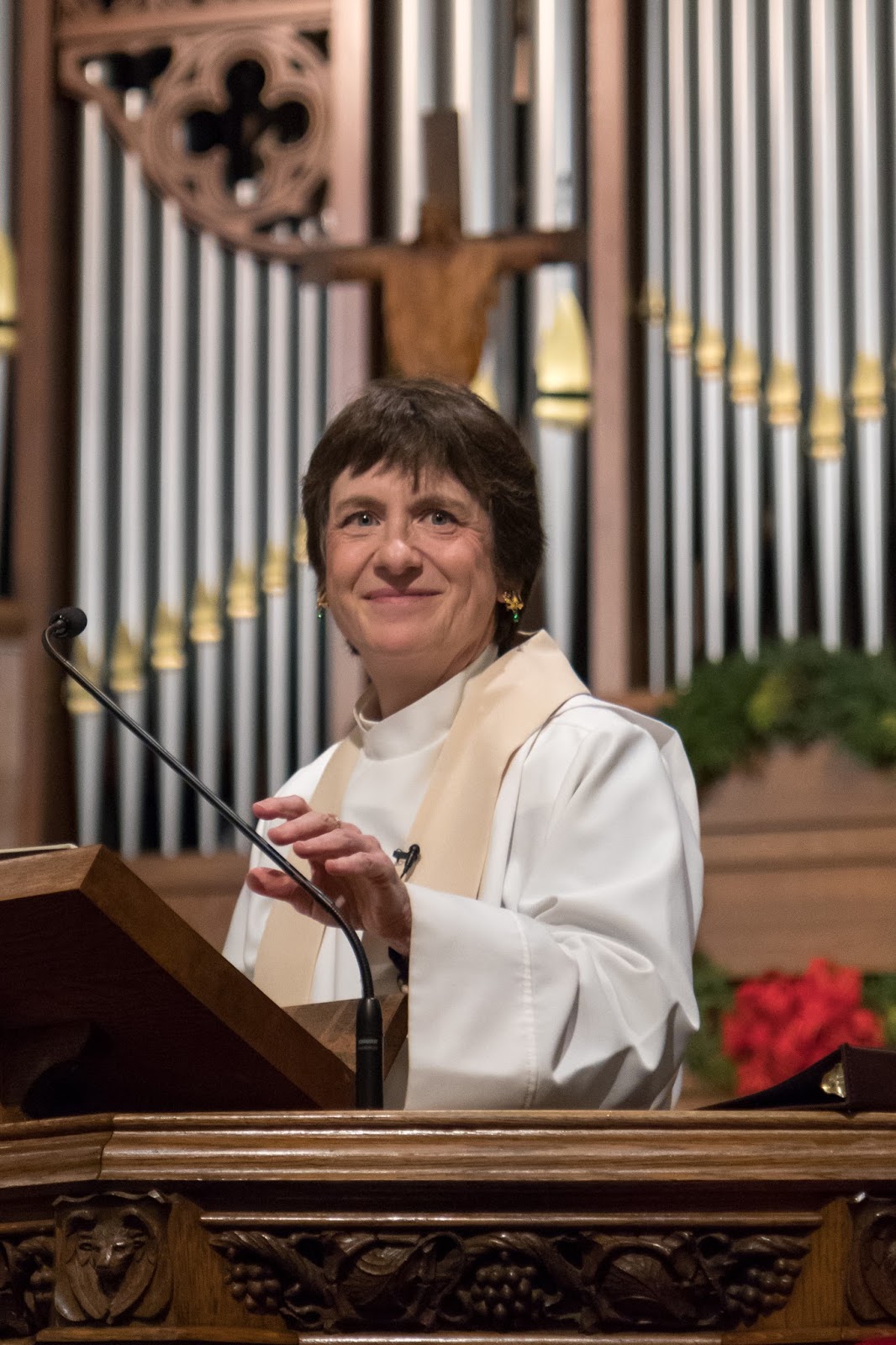 There’s a lot of baggage attached to this section of John’s Gospel. Many of us have been beaten over the head with questions about being born again. We have become almost immune to the power of verse 16: God so loved the world … because it’s been abused and over-exposed, on billboards and even at football games. I have a vivid memory of being told, at age 13, on a car ferry in the middle of the Irish Sea, that a bad bout of seasickness on top of a sleepless night was God calling me to be born again (I didn’t believe the earnest teenage evangelist who told me this). So let’s admit that it’s hard for many of us to hear this passage as the good news that it really is.

I wonder what happens if we come to the Gospel story by way of our Genesis story. You may remember that last week we heard the story of the Fall, the first time humankind was tempted to sin and of course failed the test. Now we have leapt to the twelfth chapter of Genesis. In the intervening chapters a lot has happened, and much of it isn’t good: the first murder, the spread of violence and crime, the flood, Noah’s drunkenness, the tower of Babel. It seems that humanity is determined to thwart God’s loving plan for peace and obedience. So, God surprises us by coming up with a radical new approach: unconditional blessing. God will bless Abram (and Sarai, although she isn’t mentioned here) to be a blessing for humankind. All they have to do is leave the nest, launch out into unknown territory, trust that God will guide them and care for them, and they will become the names by which all humanity will be blessed.

It’s really quite astonishing. After all that disobedience and disappointment, in the face of all the evidence of humankind’s faithlessness, God chooses to stick around, to remain in relationship, to continue to try new ways to care for the creation. God is not going to give up on loving us. And why Abram? We aren’t told of any special virtues or gifts that cause God to single him out for this honor. In fact, the one thing we do know is that his wife Sarai is barren, and childlessness has usually been regarded as a sign of God’s disfavor rather than the reverse. This elderly, childless couple will be the parents of a great nation. Notice how God repeatedly confounds our expectations and our small ideas of justice by choosing the most unlikely people to carry the blessing forward.

And it is carried forward, by one flawed individual after another, through treachery, adultery, violence, greed, incest, corruption, idolatry, murder – the pages of Scripture are filled with reasons for God to give up on us, and yet it never happens. God does make of Abram and Sarai a great nation, and that nation becomes the yeast that leavens the lump of humanity. Through God’s people, all the people of the earth will be blessed, and the blessing has come all the way down to us, God’s people in this time and place, flawed and sinful as God’s people have always been, and yet still charged with carrying the blessing forward. And God loves us through it all, in spite of everything, no matter what.

We carry the blessing forward when we reflect the unconditional love of God. When we open our doors to our neighbors. When we go out and offer ashes to people hungering for God. When we give water to thirsty dogs in the St Patrick’s Day parade. When we become extended family for those who have been rejected by their biological families. When we protest and march on behalf of immigrants, or women, or transgender people, or this fragile earth, our island home.

In their different ways, both the Genesis story and today’s Gospel are pregnant with possibility. They speak of the future in God’s longed-for world. If Abram obeys God’s call he will be a blessing. If Nicodemus commits himself to God he will be born into a new life. God is always preparing something new, something we cannot articulate or understand. What is this new thing to be birthed? It lies ahead, just out of our sight on this pilgrimage of life. God is leading us towards a new thing, a fruitful future, and God is not concerned with the past or who we used to be but only with who we are becoming now.

Spare a thought for Nicodemus. Maybe you’ve been in that place of being a seeker, an inquirer, hesitant to commit. Nicodemus comes to Jesus by night. He is a public person, a community leader. Perhaps he has something to lose by being seen with Jesus. Our faith doesn’t cost us anything – or at least, no more than the time, talent, and treasure that we willingly give. But there are Christians in the world for whom faith is costly indeed. This week I read a news story about a Syrian man who converted from Islam to Christianity and was baptized in an Oklahoma church. Knowing he could be in danger from violent extremists in his home country he asked the church not to publish video or photos of his baptism, but they were excited about the conversion and shared the news on the web. When the man returned to Syria for a visit he was captured and tortured by fundamentalists who included members of his own family. Fortunately he escaped before they executed him as they had planned. Not surprisingly, when he returned to the States he sued the church, to discourage other churches from advertising their conversions. Faith can be very costly, and we should never take for granted our privilege of the free exercise of religion.

So Nicodemus, as someone active in local politics, is cautious, and he chooses not to wear his faith on hs sleeve. I’m reminded of my shift of Ashes to Go at City Hall last week, and of the two elected officials who greeted me warmly but declined to have ashes imposed. Compare and contrast this with Tony Reali, the ESPN commentator who is known for wearing his ashes on screen every year. Reali wrote about his practice, and here’s a little of what he said.

“Realizing faith and spirituality can have [a] current voice is a powerful thing when you consider where we are in the world today… What happens if it feels like the world isn’t progressing the way it should? Trying to answer that last question is like hugging smoke. But I think I know how I want my answer to start: by not being silent. Change starts with voices. Those voices might be sparked by anger — maybe we have to allow for that — but they can’t only be anger. What if the voice comes from empathy? What if the way to move forward is by staying engaged with other people and putting our feet on the street? What if we saw people as the human beings they are, not the scarf on their head, country on the passport, or ash on their face? These are the questions I find I’m asking myself. Questions that should not be silenced.” (Washington Post commentary, March 4, 2017)

As we walk through these middle Sundays in Lent we will hear stories of Jesus interacting with a whole cast of characters: today Nicodemus, then the Samaritan woman, the man born blind, and finally Lazarus and his sisters. Each story takes us a step closer to the final drama of the Gospel. Each step leads us further along a path from disbelief to conversion: Nicodemus is at the beginning, not even ready to be seen talking to Jesus. The Samaritan woman not only talks with him in public but believes him and tells her neighbors about him. The man born blind miraculously receives the gift of sight and after being rejected by his own spiritually blind community becomes a disciple. And Lazarus is restored from the grave to life, demonstrating in the most dramatic and public way the power of Jesus to give new life to those who love him and who want to love him more.

Lent invites us to journey with these characters and with each other from wherever we found ourselves on Ash Wednesday to a place of new understanding, new trust, new life as God’s beloveds, carrying the blessing forward. You won’t want to miss a single Sunday as we walk together along this wilderness road to Jerusalem, to the Cross, and ultimately to the joyous miracle of Easter.