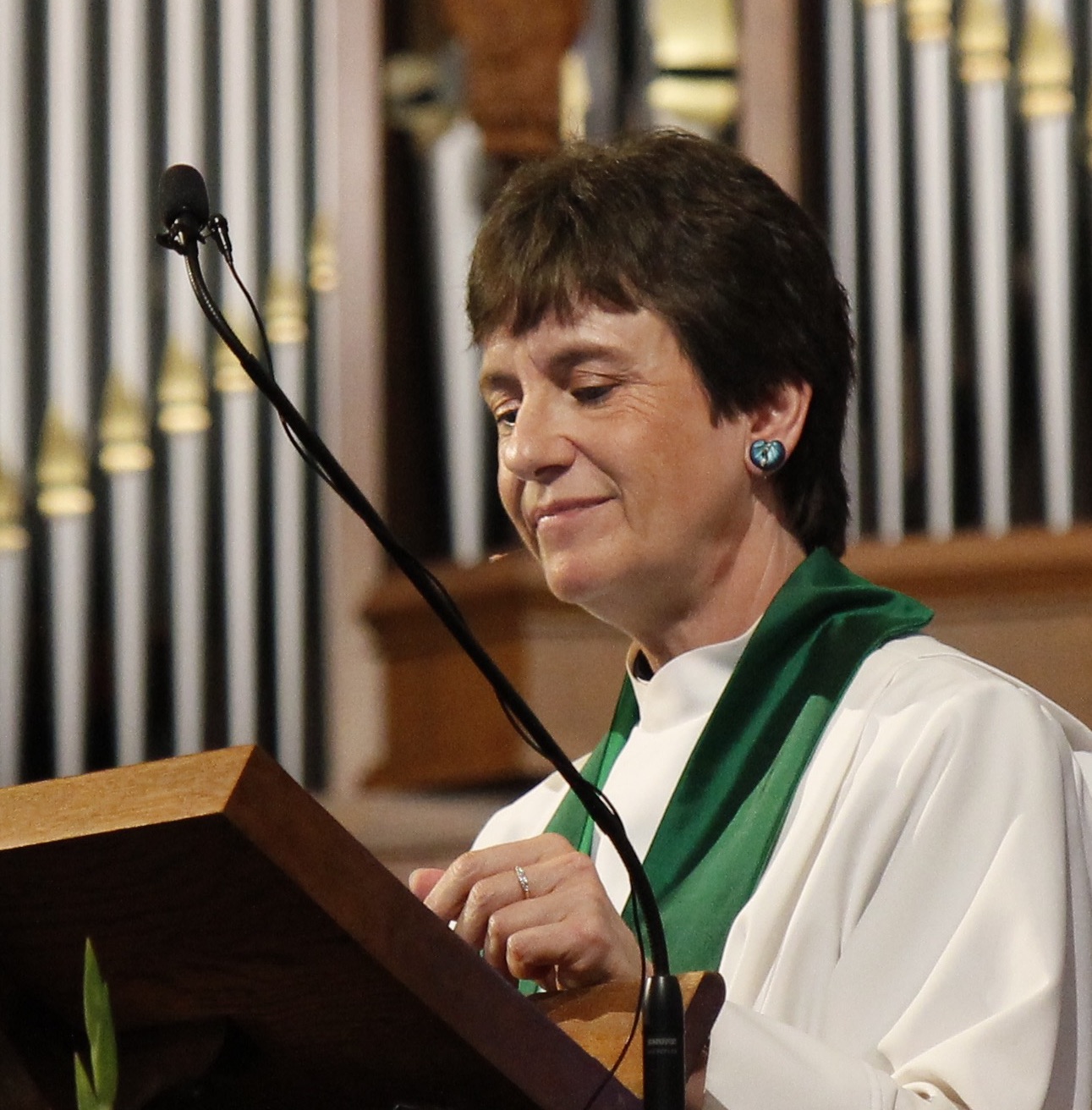 “Lazarus, come out!” The dead man came out, his hands and feet bound with strips of cloth, and his face wrapped in a cloth. Jesus said, “Unbind him, and let him go.”

St John reaches the climactic moment of his Book of Signs: after water into wine, healings, feedings, and storm-calmings, we now understand that Jesus is someone who can restore the dead to life, the ultimate miracle and demonstration that this is indeed the son of God, the word made flesh, full of grace and truth. This is the one in whose grace and love we can put our whole trust. This is the one who makes all things new, who will wipe every tear from our eyes.

The belief that Christ can and does raise the dead is at the heart of our faith. On this All Saints day, when we are grieving the recent deaths of two beloved parishioners, we celebrate our place in the great cloud of witnesses, the fellowship divine, the communion of saints who have lived on this earth and who continue in some mysterious way to live for us, because they loved their Lord and put their trust in him, even to the grave and beyond.

The saints we celebrate today are a diverse crowd, a motley crew: scholars, workers, monastics, politicians, trouble-makers, pioneers, of every kind. They weren’t cookie-cutter heroes or perfect individuals, much less perfect Christians, whatever that means. Some have left us their own words, expressing their sense of unworthiness.

St Thérèse of Lisieux made her profession as a Carmelite nun aged 22, at the end of the 19th century. She writes with brutal honesty about her experience of prayer just before she took her final vows. “The retreat before my profession brought no consolation with it, only complete dryness and almost a sense of dereliction … It shows, of course, that there’s nothing of the saint about me; I suppose I ought to put down this dryness of prayer to my own fault, my own lukewarmness and want of fidelity. What excuse have I, after seven years in religion, for going through all my prayers and my thanksgivings as mechanically as if I … were asleep?”

St. Jerome of Bethlehem translated the Bible into Latin in the fifth century, and his translation was used exclusively by the western Church for 1000 years. For all his scholarly devotion, he struggled constantly with sexual temptation and was much in demand as a spiritual advisor to wealthy women. He is remembered by his brother monks as a sort of holy grouch – our book of Holy Women, Holy Men describes him as unhappy, irascible, and militant, and the biographical sketch ends with the comment that “Jerome was seldom pleasant, but he was never dull.”

One of our own Anglican saints, Thomas Cranmer is depicted on a window up in our clerestory, towards the back on the pulpit side, in blue. Cranmer crafted the glorious language of the original Book of Common Prayer and was imprisoned by the Catholic Queen Mary for his reformed beliefs. He recanted those beliefs while he was in jail, not once but six times. It didn’t save him from being burned at the stake, but as the flames rose around him he plunged his right hand, the hand that had signed the recantations, into the fire, in atonement for his weakness.

Florence Nightingale scandalized Victorian society by refusing to accept her fate as an English lady. Instead she rebelled against the hierarchy and sexism of the Church of England. She wrote this cutting criticism: “The Church … has for men bishoprics, archbishoprics, and a little work … For women she has – what? … I would have given her my head, my hand, my heart. She would not have them. She did not know what to do with them. She told me to go back and do crochet in my mother’s drawing room; or, if I were tired of that, to marry and look well at the head of my husband’s table. You may go to the Sunday School if you like, she said. But she gave me no training even for that.” And so instead she invented the profession of nursing.

The passion of the saints shines through their impatience and frustration with the world. They weren’t perfect, but they tried to be better, and they tried to make the world better. Their lives witness, in many different ways, to the power of the Cross and the enduring love of God. Knowing their stories inspires us to try a little harder too, when we take up our Cross. And there are many, many other saints, hundreds of thousands as the old song goes, whose names aren’t listed in the calendar, but whose stories inspire us to seek God, to know God, to love God more.

This week two of the saints of St Paul’s Cathedral went on to their reward. Marilyn Nahas served God through her devotion to the Episcopal Church and her service to those in need. She coordinated the volunteer tutors at the Episcopal Refugee Network and helped make a real difference in the lives of many refugee families. Stew Dadmun was a physician, a scholar, an evangelist, and a servant leader. He was the first Medical Officer for St Paul’s Senior Homes, an altar server here at the cathedral, a pillar of the Cursillo community, and a man who loved his Lord. When I visited with Stew a few days before he died, he expressed overflowing joy at the prospect of being united with God. Even as we grieve his loss we can express that joy today.

Each of us can tell stories of people we have known whose lives prompt us to work harder at the practice of our faith. People who suffered patiently for years from pain and disability, people who shared their limited resources generously, people who made good use of their spiritual gifts to teach, to lead, and to serve. In this holy space we are surrounded by them, by the names on plaques and memorials, by the faces in the windows, and by the invisible multitude who gather with us as we sing God’s praises, as we baptize the newest saints among us, as we join in the mystical banquet of the Eucharist.

We celebrate all the saints today, and especially the ones whose names we no longer know, because each of them made a difference in the world. Each one witnessed to the inbreaking of God’s Kingdom in a unique way. Each saint provides a colorful thread in the tapestry of the story of the people of God, our story, the church’s story. In some ways it’s those obscure saints who have more influence, because we can aspire to be like them. I can’t imagine going willingly to be torn apart by lions, as Perpetua was, but I can imagine trying to live gracefully with a terminal illness like Stew Dadmun. I can’t imagine defying hostile warriors as James Hannington did, but I can imagine giving last rites to a colleague in a burning building like Father Mychal Judge. I can’t imagine walling myself up for life in a cell attached to the church, as Julian of Norwich did, but I can imagine a life of personal sacrifice and devotion to prayer.

Frederick Buechner writes, “to be with the saints is to become more alive.” That thought takes us back to Lazarus, to the man who was dead but then found himself once more alive, and more alive, because of his relationship with Jesus. As members of the Jesus movement we are offered the chance to become more alive than we could ever imagine. We can strive, as the saints did, to allow the light of God’s grace to shine through us, just as the sun shines through the stained glass windows around us. Jesus calls each of us to come alive, to know the freedom of being unbound from the fear of death, to live joyfully and completely for one another and for the one who first gave us life. Those who trust in him will understand truth, and the faithful will abide with him in love, because grace and mercy are upon his holy ones, and he watches over his elect.