Skip to content
Home > All Our Voices > A sort of Eulogy 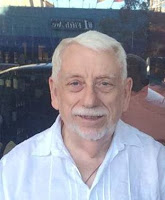 
We never get used to it. The news of a friend’s death, I mean. As someone in his 70s, I’d think that some amount of immunity from the profound feeling of loss would have accrued, would have allowed me to take in the news with a dignified equanimity.

Pauline’s death came after years of her dealing with Alzheimer’s disease and then finally with its dealing with her. So her death was not a surprise as if she’d been struck by a car and killed, but it was a shock despite all of the preparations on my part for its imminence.

The clichés come out: She’s out of her suffering now, Robert. She’s in a better place. She would have wanted to leave this way. Cliché’s are born out of human experience of course, and they are all true in their way. They are a kind of band-aid applied to the wound of grief, meant to stanch the flow of sadness but not adequate to mitigate it very much.

Memories do more in that cause, memories of the days when Pauline, her husband Sid, and I found the kind of friendship that everyone wants. Filled with humor, good times, dinners, and shared events—thirty years’ worth. Some bad times too, but we were there for each other. When Sid died in 2007, Pauline and I stood at his grave while the Kaddish was chanted by the cantor. We were in many aspects a kind of family.

Just before Pauline re-met Jack, she and I booked a cruise down the Mexican Riviera, scandalizing some of our friends when we announced we would share a stateroom. At one afternoon party, we were telling people about the trip when an acquaintance of Pauline’s whom I didn’t know, stage whispered what she thought would be a juicy piece of gossip, that we’d be sleeping in the same room. Without missing a beat, Pauline turned to her and said, “Don’t worry, Robert bought pajamas.”

But the signs of Pauline’s illness became visible on that trip. I entrusted her with our tickets for several shore tours and when the time came to go, they were nowhere to be found. I took her out to the bar and sat her down for a drink, and then went to search our stateroom. Carefully hidden three drawers down under her underwear.

Jack Burke had been Pauline’s high school boyfriend and finally fiancé until their lives took different turns at college. Both had married, had children, and had moved away from Michigan. Now decades later at a high school reunion, they met again. Jack came to California and what Pauline would have done without him these last years is anyone’s guess. He has been absolutely devoted to her, but then, Pauline was the sort of person whom everyone wanted to be close to.

Do you feel better now? I do, just relating this, just reliving some memories (there are many, many more), and finding that the empty place in my heart is filling with those times, those moments in which Pauline provided sunshine and warmth. I think what’s left to fill is the hollow place that echoes how I will miss her, and here’s where a cliché does become useful. The last time I saw her, she was nearly comatose, unable to say a complete sentence, and was staring most of the time into middle distance. She is indeed in a better place than that one, and she goes with part of my heart.