Skip to content
Home > News > The Sunday Sermon: Too Holy for Who? 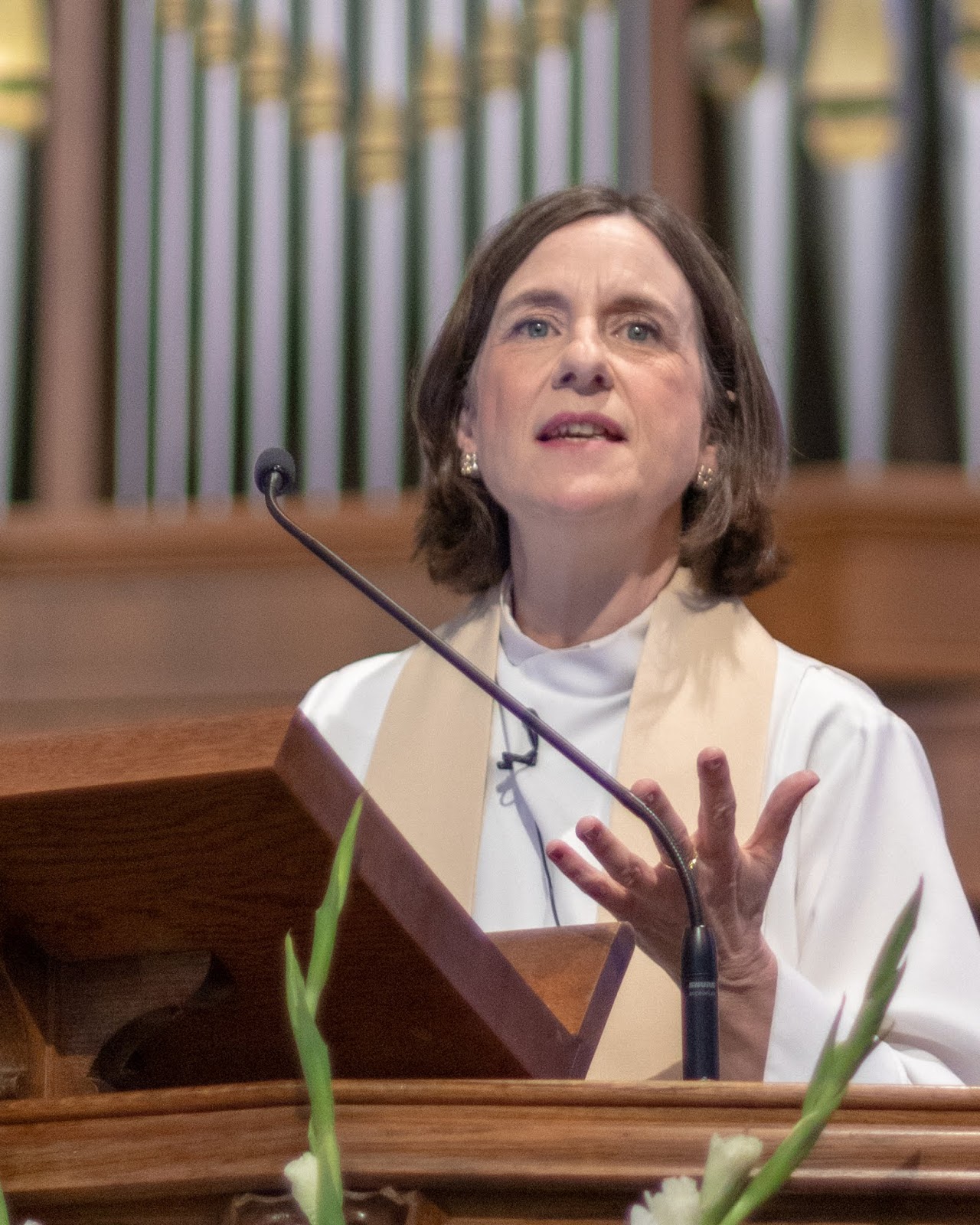 This week we will observe the 50th anniversary of the Stonewall Riots, which marked the moment when LGBTQ people in this country launched a Herculean effort of breaking down homophobia across the land, an effort that continues today. PBS has been running a documentary called the Lavender Scare, about the appalling persecution of government employees on the basis of their perceived orientation in the 1950’s. And today we read this passage from Isaiah, which echoes for me with the pain and anger of those who long to offer their service and gifts for the greater good but have been rejected, “Keep to yourself, do not come near me, for I am too holy for you.”

For far too long, organized religion rejected minorities of every kind. The Jewish law contains prohibitions against people with disabilities or certain conditions entering the holy precincts of the temple or serving as priests. Within living memory some mainline denominations still refused ordination to people missing limbs. Lots of American churches have galleries that were built in order to segregate people of color. Old churches in Europe have a stripe across the floor behind the back pew, indicating how far into the church a woman could come before she had been cleansed from the impurity of childbirth. “Do not come near me, for I am too holy for you.”

I never use the word “heresy” lightly: it is a term that tempts us to judge others by our own biases. But it is an ancient heresy, called out by St Augustine in the 4th century, to declare that the church is a closed club for those who fulfill a particular and narrow image of holiness. Women have suffered from this, people of color, people with disabilities, sexual minorities, and it has even been applied to Episcopalians in this century by those who removed themselves from our denomination, claiming that we progressives weren’t holy enough to stand at the same altar as them. But Jesus teaches us a different way. Let’s look at the Gospel.

A homeless man with mental illness has been rejected, isolated and dehumanized. Jesus approaches him with compassion, and heals him. However, a side effect of the healing is the loss of a herd of pigs, which deals an economic blow to the community. The man’s neighbors are unsettled by this, in fact they are seized with great fear, and they ask Jesus to go away. They don’t want change. They are NIMBYs. They would rather let their own loved ones continue to suffer than face a different world where economies are turned upside down, where the marginalized are welcomed back into community and where demons are banished.

Here was the ultimate outcast in Jesus’ world: not only was this man outside of the people of God, living in a Gentile community, but he was possessed and violent, naked, chained up, living in the unclean place of the dead, and with pigs for neighbors – both of which were anathema to Jews. He was out of his mind: he couldn’t even claim his own name because he was completely in the power of evil. But he was more than his situation; he was a beloved child of God, and Jesus saw through his illness to the suffering human being. And instead of locking him up or shunning him, Jesus freed him of his chains.

What Jesus offered this man was profound. He gave him back his life. He gave him back community, family, self-respect, and hope. But the reaction of the people around him was not joyful surprise or praise of God but fear. It made them afraid to see the power that Jesus had to heal and transform. They didn’t know how to deal with this kind of holiness. They asked him to go away. They preferred not to experience any more of this power. Like the Israelites who once pined for the comforts of Egyptian captivity, the Gerasenes wanted to stay as they were rather than experience the life-giving, liberating love of God. They would rather hold onto their demons than risk having Jesus turn things upside down. How ironic, how telling, that even the demons had more sense of who Jesus was than these people did.

Jesus went across the sea, a symbolic journey, to a place where he was an outsider, a place where Jews didn’t live. He went out of his way to seek out someone in desperate need of God’s healing hand. He didn’t wait for this man or even for a family member to come to him asking for help. This is a model for us as the church to imitate: to go out there among unbelievers, among the possessed and the lost and the strange, bearing the healing love of God to those who have been rejected and injured by the structures of society, and to be unafraid to disrupt the status quo for the sake of the Kingdom.

But this story also challenges us as neighbors: what activity of God makes us afraid, makes us back away, ask Jesus to go elsewhere, when we should step forward into change, social reform, economic transformation? What disfunctional elements of our lives do we prefer to the disruptive healing of Jesus’s hands? What are the demons in us? Demons of fear, anger, bigotry, greed, success? How attached are we to them? Dare we ask Jesus to expel them?

And let’s take an honest look at our own faith community. What populations have we historically marginalized? The socially awkward. Teenagers. LGBTQ individuals. The disabled – look at all the steps we have up here; it’s not exactly accessible. People unfamiliar with the way Episcopalians worship. People who don’t speak English. We don’t see many young children here at St Paul’s. Why is that? All our surveys indicate that we want and need more families in the church, but somehow we send a signal that they aren’t welcome in our midst. How can we do better? Our youth minister Maya is working on a vision to create a friendly space for our children in the nave. Our longterm survival as a faith community may depend on how whole-heartedly we embrace such a vision, welcoming the sights and sounds of children as a sign of our vitality.

Every child of God has gifts to offer and the Church is here to receive all those gifts and empower people to develop them. When someone shows up to volunteer and is told, “We don’t need you,” that’s not acceptable. That’s like saying, “Do not come near me, for I am too holy for you.” The church needs everyone, and we need each other. We have seen great strides in inclusion and liberation from chains of oppression, but we are not done yet. As long as there is one person who feels shut out from the body of Christ because of who they are or the demons they battle, we still have work to do.

Here’s a story of good news. A couple started premarital counseling with me this week. They are both men, one an active Episcopalian, while the other grew up Roman Catholic but has long been lapsed. The Roman Catholic mentioned what a profound and liberating moment it was when his fiancé suggested that they get married in church. He had never allowed himself to imagine that possibility, but now they can have their marriage blessed in their own parish church. Thank God our church’s polity now allows us to live into the words of St. Paul to the Galatians: there is no longer Jew or Greek, there is no longer slave or free, there is no longer male or female; for all of us are one in Christ Jesus.

Jesus instructs the healed man to go and tell what God has done for you. This is the final teaching moment in this Gospel story: that once we have experienced the healing power of God in our lives we are not to keep it to ourselves but to share our story. Go and tell. Go out into the world and share the good news of our loving, life-giving, liberating God.