Skip to content
Home > News > The Sunday Sermon: The Living God Out There 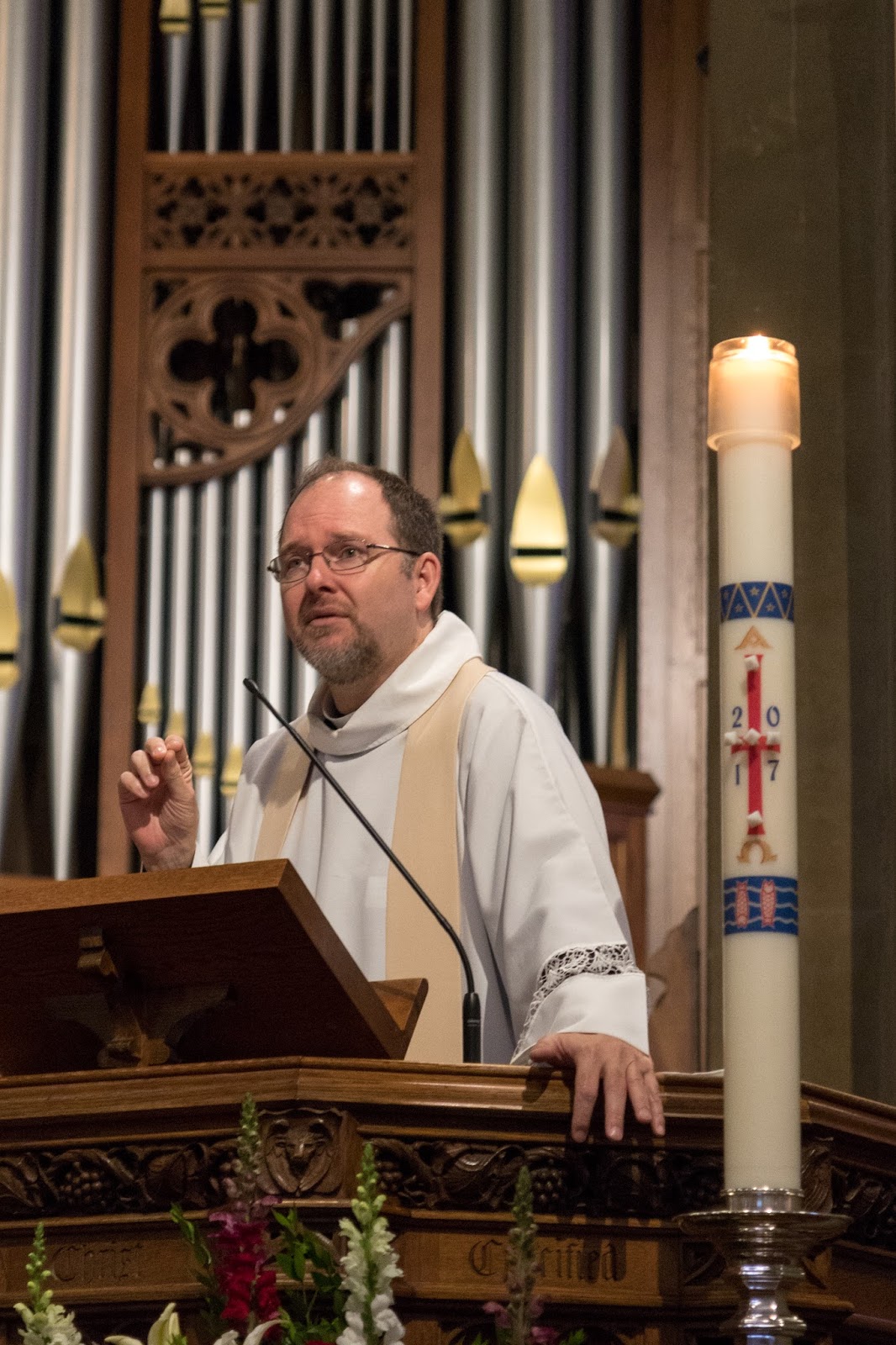 Lutheran pastor Nadia Bolz Weber says that anytime we draw a line between us and others, Jesus is on the other side of that line.

It’s the main point of the gospel lesson today, but it’s not been an easy lesson for the church, or I would imagine any of us, to learn.

We are coming out of a period when the church was pretty complacent to be a country club. If we dare to draw a straw man of that age, the church had drawn lines around itself. Baptism was the way across those thick lines, and we were pretty clear about who was in and out. At its best, the Church performed acts of mercy towards those in need— but in many cases it was from a patriarchal perspective: those inside the Church “had” Christ and those outside the lines didn’t. The Church’s function outside the lines of the Church was to take Christ to those who we assumed had less of Christ than we did.

But inside the lines of the Church, we often looked like a country club. Many times, those of us in the mainline traditions— including the Episcopal Church— were content to sit idly by, watching while the world suffered. It didn’t threaten us too much, and we had Christ, after all, so we were happy to stay in the lines, sipping our gin and tonic.

The post-enlightenment period and reformations had their impact on the church, and the privatization of religion drove the Church deeper into itself. We followed society’s attempts to reign in the challenges of religion presented from the prior age. We believed that religion was a private affair. Church became a destination, a building where individuals came in order to deepen their own personal spiritual journeys. Society was the domain of the state, and our personal spiritual journey had little or no bearing on the world around us, outside the lines of the church— unless it was to bring them inside the church.

In the Episcopal Church, I heard Bishop Katharine say recently that she believed part of the tipping point in the change for all of that for us in the Episcopal Church was the inclusion of LGBT people— that it has helped us lose the “snootiness” that we were sometimes previously known for. Under her leadership, we rallied around a different charge. We unified around mission: we turned towards the “why” of being church, and how we are called as a people of faith to focus on those outside the lines. We focused on the Millennium Development Goals. We centered on the five marks of mission. We remembered that the word church comes from the Greek ecclesia, which doesn’t mean building but means “the gathered assembly.”

But even with that change— which I believe has been a drastic and well needed one in the church— there have been questions about whether or not we have become too much like a secular humanitarian aid organization. If we simply hear today’s passage as an exhortation to treat people well then our mission is no different from the United Way or the Red Cross. If we are simply a group of do-gooders, then why not simply join up with those larger organizations? They are, frankly, better at clothing the naked and feeding the hungry.

On top of that, here at St. Paul’s, we live and breathe and have our being in a particularly urban setting, with many opportunities to work outside the lines. But finding the line between cultivating a faith community that feels safe risking of itself and reaching out to a very diverse and sometimes unpredictable marginalized population is not an easy balance to find.

The gospel passage today is, for me, one of the most important passages in all of scripture. This text comes at the very end of the lectionary year, as we look to the reign of Christ the King. Jesus surprises his followers by letting them know that he is present with them- not within the lines, but in the least of these whom they have already been serving: in the hungry, the thirsty, the stranger, the naked, the sick, and the imprisoned.

One of the hallmarks of our Anglican heritage is our emphasis on incarnational theology. Another way to say that is that Anglican and Episcopalian belief has traditionally focused not so much on finding God “up there” somewhere, but on finding God “out there.” And that is what this passage is all about. That confuses a lot of people, especially if they come from that old church model, where God is nice and tidy inside the lines, and we’ve got a firm grip on God.

But in this text, Jesus says outright to his followers, “You don’t have me. You find me in the other. You find me out there. You see me in the face of the hungry. You meet me in the crazy. You understand me when you find compassion for the needy. You love me when you have empathy for the most undeserving, the imprisoned, and the least of these. By staying open to the other, you stay open to me. I’m not yours to put inside the lines.”

God may be up there, but the way we encounter the living God is out there. As followers of Christ, we are the ones who know we have something to learn, not something to teach. And the ones who we have to learn it from are the ones who are outside of the lines. Because living into the messiness of our shared humanity is what the shift towards following Christ and out of the country club church requires. It’s the transformation that comes not from taking Christ to others, but from finding the Christ that’s already there.

If you notice, in this gospel lesson it is not a calculated decision by the disciples to give of themselves. They did not take an action in order to achieve a reward. Jesus is calling out something they already did (or did not) do. The followers who gave of themselves simply did it because it came naturally of themselves. They met Christ in the other because sharing who they were and being receptive to the other was just a part of who they were. They weren’t do-gooders on a mission. They didn’t have an agenda. They weren’t trying to save anybody. They were just being authentically human, leaning into that incarnational experience.

And that is part of what makes this lesson so complicated, so tricky, and so wonderful. “Christians are always both recipients of the gospel and witnesses to it.” It can be so compelling to want to serve in a way that creates relationships of power: “I can help you because I have something you don’t.” That is not what this gospel is about. This gospel is about giving of self because it comes naturally and it leads to relationships of mutuality: “I share myself with you and find Christ in you unexpectedly in return. And that changes me, unexpectedly!”

That doesn’t come naturally for many of us. The world wants us to be invulnerable. So living in Christian community where we grow with one another, practicing on one another, learning with one another in safe ways— that is the point of Christian formation. There aren’t any shoulds in it, because the whole point of life within the lines of the Christian community is to be a safe place to learn how to live a different way than the world teaches us how to live, to instill a different set of virtues— so we can go out and live differently in the world which will not be as easy. The life of discipleship is a journey, not a toggle, and the community of faith has to be robust enough to nurture people whoever they are and wherever they find themselves on that journey. Transformation is the point— and that happens only in relationship.

So how do we, as the church, as the ecclesia, as the gathered community of seekers of the Christ that is out there, outside the lines, both risk of ourselves and make a place that is safe enough to learn how risk? How do we, as St Paul’s, who find ourselves in an area ripe for outreach into a hurting world, both keep people safe enough to grow in formation and risk of ourselves to serve a hurting world, looking for the Christ out there? It is not an easy question.

As we wrap up this year and look towards the next, I invite you to consider how we at St. Paul’s continue to wrestle with these questions— knowing that the very nature of an incarnational God asks us to live in the messiness of no easy answers, few shoulds, and living with very few easy answers. The fruit may just be finding Jesus in unexpected places, and being changed in unexpected ways as a result.