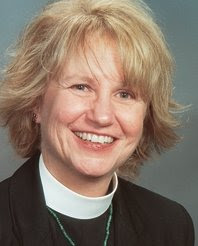 
Some of you who have been here awhile may recall my talking about my dear friend Alan from a previous sermon. Alan was the brother of a boyfriend and we remained close even after my relationship with his brother, “transitioned” to a new phase. Alan had a smile that could light up a room and a sweet gentle spirit which drew people to him. He really was a very special, person.

He was also the first person I knew personally who contracted AIDS. It was early on in the epidemic and in fact he participated in the clinical trials for AZT after he got sick. I have no doubt many of you here remember that time: the fear, the superstition, the lack of consistent information, the stigma, and the mixed political, medical, social, and religious sense of urgency to truly do something about it.

Towards the last six months of his life, Alan would periodically end up at UCSD Medical Center in Hillcrest. Back then there was actually an AIDS floor, and it was different from any hospital floor I had been on, or have been on since.

Most hospital floors are full of activity—doctors, nurses, orderlies, aids, visitors, and patients walking up and down the aisles.

However, this floor had a whole other feel. Certainly there were the doctors, nurses, and medical personnel, but other than that it was almost eerie how quiet it was. Often every room was full, with men lying in their beds but with almost no visitors. Between the fear of the disease and the fact they now had the disease and as a result had to tell their families and friends for the first time they were gay, it was like they had become pariahs.

There were bright lights of course. Alan for one probably wished from time to time he had fewer people visiting him. But between his mother Vikki, who had essentially moved to San Diego from New Orleans to take care of him, his siblings, and friends, we pretty much made sure he was never alone whenever he was there.

But there was one incident from those days at the hospital which even now remains absolutely etched in my mind. And it changed my life forever.

Vikki was set to return to New Orleans but Alan unexpectantly ended up back in the hospital and she was reluctant to go.

We all assured her we would tend to him so she could go home, see her husband, who had to stay in New Orleans for his work, and get some much needed rest. We assigned ourselves into shifts so Alan would always have someone with him while there. One afternoon, I came to the hospital for my “shift,” and at some point a nurse shoed me out of the room so she could give him a bath.

I went out into the hallway and leaned against the wall. A man, sitting in a folding chair across from me, saw me, got up, found another chair, and placing it next to his, motioned for me to sit down next to him. After I sat down he pointed to the room next to Alan’s and said, “That’s my son in there. He’s dying.”

I looked at where he was pointing and what was happening in that room was nothing short of extraordinary. Not only was his son there lying in his bed, but that there were at least another 10 or so people gathered around him, holding his hands, touching him, and whispering in his ear. Soothing him.

It’s easy to forget now-a-days how incredibly rare this was, because even though doctors and public health officials kept on saying you wouldn’t get AIDS from simply touching someone, people just didn’t seem to hear it or if they did, believe it. To see so much life in one room was amazing.

I looked back at the man, so overwhelmed by what I saw, I didn’t quite know what to say. He then said, “That’s my wife over there pointing to the woman whispering in their son’s ear, and all our children. We flew them in from all over the country so they could say good-bye to their brother.”

The man continued to look into the room, smiled sadly, touched me on the back, and then went back inside.

A day or so later, when I came to the hospital next, I learned his son had died that evening.

Last week and this week’s lessons concern healing, but in doing so, they suggest to us how healing is something which takes place on many levels. In today’s Gospel reading a leper comes to Jesus begging to be healed and Jesus, moved with compassion touches him and tells him to be made clean.

We are then told the leper was healed. And as the Dean suggested last week, let’s assume things really happened as we are told. Jesus touched the leper and he was healed.

But even so, the story suggests there is more than what is simply on the printed page. As with so many of the men in that lonely hospital floor, lepers were never really touched. Certainly not touched by anyone who loved them. Instead they were segregated and isolated from the rest of the community. They were pariahs.

And touch deprivation does terrible things to people. There is abundant research about what happens to us when we do not experience sufficient touch. It can affect everything from our physical development to our ability to think and importantly, connect with, give love, and experience love with others. In other words, have abundant life.

For Jesus to touch the leper was an act of compassion. But it was also an act of defiance and bravery. A sign he would not allow the prejudices and discomfort of others determine what he would do in order to heal, and in the process, proclaim God’s kingdom.

And for the leper himself, Jesus’ touch was nothing short of life. Abundant life.

And that was what the man I met in the hospital, and his wife gave their son. It was nothing short of abundant life—a profound healing. Yes, he died but he died surrounded by love; a love which could only be conveyed by their touch and their presence. Their compassion.

In the time they had together that day, their son experienced more love than, sadly, many do in a lifetime. And if there is a more concrete example of what happens when God’s healing hands touch us, especially through each other, I have yet to see it.

For while that man could have never known this, he showed me what it meant to be Jesus to someone else. To not let the prejudices and discomfort of others, stop me or any of us, from doing whatever we can to heal and in the process, proclaim God’s kingdom.

Which goes to show, healing happens on many levels, for my heart was opened, and healed by witnessing their profound love. A healing which stayed with me certainly during the last days of Alan’s life and hopefully one I could share with him and with those around him. A healing which still strengthens and inspires me.

We can never fully know or appreciate how our actions of healing, compassion, and love may affect others. And frankly it isn’t ours to know. All that matters is we love God and love others as we are called to do. To intentionally seek out the voice of God calling us to be a healing force and then touch the lives of all those we can, in any way we can. To be Jesus for others who need healing simply by saying, “I do choose.”