Skip to content
Home > All Our Voices > What we want, vs what we need 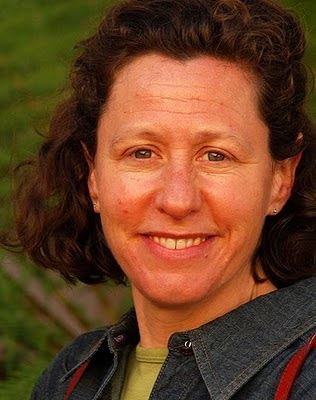 This week I have been thinking about how there is enough for all of us.  If we take the time to work it out, everyone can get what they need in most normal day-to-day situations.  In the words of Mick Jagger, you can’t always get what you want – but you’ll get what you need.
As I go through my day and I interact with others I see so often how easy it is for all of us to get all worried about if we’ll get what we want for ourselves rather than looking for the greater good for everyone.  Obviously I see this every day with my children.  I feel one of my consent parenting messages to my children is that there is enough for everyone – instead of grabbing the best for yourself, see what everyone needs and try to set it up so everyone is looked after.  Sometimes it sticks and often it is lost in a sea of grabbing fingers.  Sometimes they believe me when I say everyone can get what they need and other times they cannot even see it as a possibility.
But sadly this is true of many adults too.  There are times when they can be like islands and all that matters is that they have what they want/need.  After that – who cares.   “I get this special spot over here in the shade.”  “No I won’t change seats with you even though it means you’ll have to sit separate from your young child.”  “Who cares if my being late put you out I have important things to do.”  “I could care less if you want to change lanes, that is not my problem.”  “I get it first and you can have what is left over.”   I want …I want… I want.
And don’t get me wrong, I love the question “what do you want.”  To know the answer is a powerful place to be.  But we have lost the steps that come next.  Once we know what we want we need to ask others about what they want and help put the pieces together so we can make it work for everyone.
I watched this happen once before my eyes.  Twenty years ago was at a weekend encounter experience called LifeSpring.  We played a classic group dynamic game called.  “Get All You Can”.  This is process where the group is divided into two teams and each has a set of choices they can make which will result in more or less points for themselves or for the other group.  One of the choices is to take less points for yourself – and support the other team and if the other team makes this same choice – over the course of the game you both win.  But in doing so you risk being crushed by the other team!
The first round was hard – if we did this, made the choice to look out for the others in the game, and they didn’t, we would get smeared.  But if we did and they did too – how cool would that be.  After lots of talk and debate we decided to make the choice that also looked out for the other team.  And to our complete delight – so did the other team.  Then the next steps were easy.  We flew through round after round each time making the choice in the game that looked after all.  And so did the other team.  There were times we could trap the other team and pull the rug out from under them – taking all their points away with our choice.  But none of us did this.  We were thrilled.  This whole group of 80 people had been able to put aside just looking out for ourselves and we did what was best for the whole – even those that were not on the same team.  This was a moment I will never forget.  It was exhilarating.  In that moment we were the best of what humanity can be for one another and it was completely fulfilling.
The course leaders on the other hand didn’t know what to do with us.  I don’t know if any group had even done this before.  Their next step in the training schedule was to bash us for ripping into one another – but we hadn’t done that.  We had totally upset the apple cart.  It was amazing.  And I don’t know about the other 79 attendees, but I flew home that night, completely filled with the joy of seeing everyone break out of the “It’s all about me” trap and help everyone involved get what they needed.
So I leave you with a simple request.  Figure out what you want, that is an important first step. But then take an equally important second step and listen to/notice what others around you want and then work together to set it up so that everyone gets what they need.
Christine D’Amico