Skip to content
Home > All Our Voices > Mele Kalikimaka: Christmas in Hawai’i 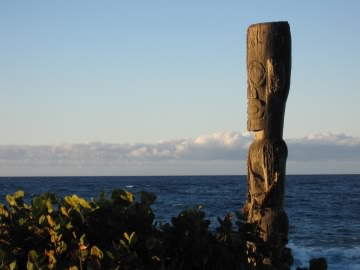 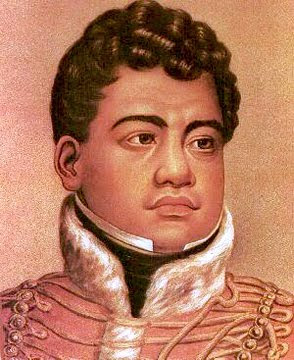 In 1820, King Kamehameha II announced to his Hawai’ian people the end of the system of taboos, or kapu, the end of the traditional gods, and thus the end of the highly structured, ritualized society of old Hawai’i. Not long thereafter, the first American missionaries, of a strict Calvinist tradition, arrived, presumably finding fertile ground in the disruption that followed Kamehameha’s announcement. The Catholics also came (see previous discussion of the remarkable St Damien of Molokai). 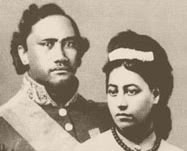 In 1860 or thereabouts, King Kamehameha IV and his wife Queen Emma (who was a noted philanthropist and life long Anglican), invited the Bishop of Oxford (UK) to send missionaries of the Church of England. The King and Queen were responsible for the translation of the Book of Common Prayer into Hawai’ian, and are revered to this day in the Anglican liturgical calendar (More on this from Padre Mickey). Thus the Anglican tradition gained a foothold on these volcanic islands, being officially established in 1862. Some of the church history can be found here. The islands lost their independence and their monarchy when annexed by the US in 1898, and just celebrated their 50th year of statehood.

The oldest Episcopal church in the islands is Christ Church in Kealakekua, on the west side of the Big Island, established in 1867. A small chapel, perched in the dense jungle green 1500 feet above the sea, it stands today overlooking an old graveyard. From their website:

The nave, built by Rev. Williamson, was the schoolhouse for immigrant children, mostly British, and a house of worship for native Hawaiians. The present steepled church, begun by Rev. Williamson, is the oldest Episcopal Church in Hawaii, 142 years old and still functional. Queen Emma attended worship services here. 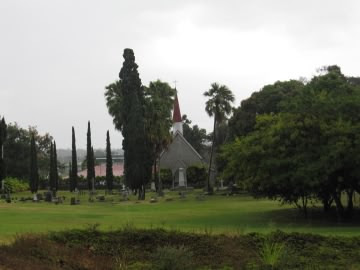 And it was to Christ Church that the traveling BP and IT, with kids, found their way for Sunday Mass and for Christmas eve celebration. (We were visiting the Kona Coast for a family Christmas reunion.) Our drive to the church led from the sere lava flats under Mt Hualalai, past the town of Kailua, and then climbing through the more rural communities along highway 11 into the dense green of the hillside. Services were held in the community center adjacent to the old building (to our disappointment, I admit) although we were able to see the cozy interior and the remarkable windows of the original church after the 10am Sunday service, thanks to the friendly Warden, Doug. (The photo below shows one of the windows, featuring tropical fish such as the humuhumunukunukuapua’a, and the Moorish Idol). Christmas Eve was preceded by an enthusiastic carol sing, and the entire congregation helped Fr Jim, their temporary priest, pronounce Mele Kalikimaka! (which means Merry Christmas). Fr Jim also filled in at bass in the choir and instructed a young thurifer in the correct handling of the thurible. 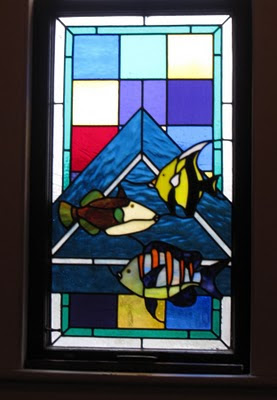 Parts of the service were also in Hawai’ian, for example this:

Which is basically
Praise God from Whom all blessings flow. Praise Him all creatures here below. Praise Him above, ye heavenly hosts. Praise Father, Son and Holy Ghost.  Amen.

The congregation is small, and seeking a new rector whom they hope will grow the community amongst young people and other groups in this area. The community right now is mostly white and older, but their enthusiasm and warm welcome to us were striking and there is a clear vibrancy among them. They have a lot to offer and I hope they are successful in their call. (We met one of the candidates, whom we liked very much, and will be interested to learn whom they choose). Again, from their website:

Diversity is accepted here. Whether we are conservative or liberal, traditional or progressive in our religious values, politics or lifestyles, all are welcome here. We are not called to agree, we are called to share the Lord’s Supper as one family. We are called to walk a faith journey together in a nurturing, compassionate, inclusive community of seekers.

There’s a lesson in that, for those amongst us more prone to argue. So Mahalo Nui Loa* to Christ Church for the warm welcome and hugs, and to all, a Mele Kalikimaka me ka Hau’oli Makahiki Hou!**

Cross posted, with permission, from Friends of Jake. (IT and BP are newcomers to St Paul’s.)

*Thank you very much
**Merry Christmas and a Happy New Year

photos by IT, except for the images of the Kings