Skip to content
Home > All Our Voices > Was it Fate, Timing, or a God Thing? 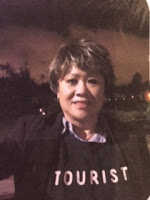 Have you ever question how or why certain situations appear at your front door (metaphorically speaking). Lately, this has been happening to me whether it’s my impeccable timing or just cause. Here are a few stories that I want to share.

Initially the weekend of April 8th-9th I was supposed to be up in the bay area visiting my uncle, but plans changed. With the change it allowed me to participate in our monthly Showers of Blessings and it was my first Sunday to go get sliced bread donated by Bread and Cie for our homeless guest. Also, I was able to join in the celebration of our 2nd year anniversary of Showers of Blessing; Claudia Dixon brought 2 cakes to celebrate the occasion with the First United Methodist and our homeless guest.

Was that a fate thing?

On Palm Sunday, April 9th I attended the 8am services and then stood in the courtyard chatting with others prior to the forum. The forum was our last week of our interfaith book club session held in the Great Hall and the people who attended were muslim women, different age groups and cultures , definitely a diverse group. Towards the end I sat next to Don Pelleoni and we started discussing a little about the book and the word “Fear”. We have known each other for a bit and served on chapter together but had not had one on one time. It was a great to be able to share our beliefs and experiences. We both have busy lives and its hard to find time to fit stuff in but I felt we stopped and took that moment to spend time to get to know each other better .

Was that fate or timing?

The Samba dancers and the congregation, and clergy were processing into the courtyard from the Palm Sunday march. After a few pictures were taken people were headed inside for service. I lingered in the courtyard by myself repositioning my signup table. As I was about to leave I was looking for my sunglasses and couldn’t find them so I thought I must have left them on the pew.

I started to enter the cathedral but something caught my eye on the sidewalk, there was this young gentleman pushing a woman (looked like his mother) in a wheelchair looking lost. I asked if they needed help and he responded that his mother wanted to go inside but they were only going to spend 5 minutes. I opened the cathedral doors and escorted them inside towards the back and gave them a bulletin; it was around 11:30am.

I stood in the back for a moment to make sure they were okay and heard them speaking in another language I thought was Spanish, I went over to ask and was going to tell them about MISA service it was. He replied that is was

Arabic, some strange thing came over me and I presided to tell them about communion or if they wanted just a blessing what to do at the altar.

Normally I wouldn’t get into people’s space not knowing their beliefs. He turned and asked his mother in Arabic and she said yes she would like to go up for a blessing. About 5 more minutes went by and I notice he was getting antsy, he called me over to say they were going to leave because he had lots to get done today and his mom couldn’t swallow a wafer anyways.

I felt a strange nudge (had to be the holy spirit- or I call it a God thing) and told him give it a few more minutes and communion was about to start. When it was time I speedily escorted them down the aisle passing everyone and made it to the far left altar ; Rev. Collins was posted there so I gave him the run down of her not speaking English and she couldn’t swallow a wafer but could he give her a blessing .

I was trying not to be intrusive standing to the side, but when he put his hands on her and gave a blessing she looked very peaceful and that was what she needed. It warmed my heart knowing she got what she needed from the blessing and that her son agreed to wait a few more minutes. We quickly walked back down the aisle and I held the doors open so he could wheel her out and right as we exited the last doors she looked up at me and said “ Thank You” and gave me a big smile. What a moment I had just then with her, I went to the greeters table to get them a card with our service times but within those few seconds they were gone.

Was that a God thing?

Have a Happy Easter everyone!!!