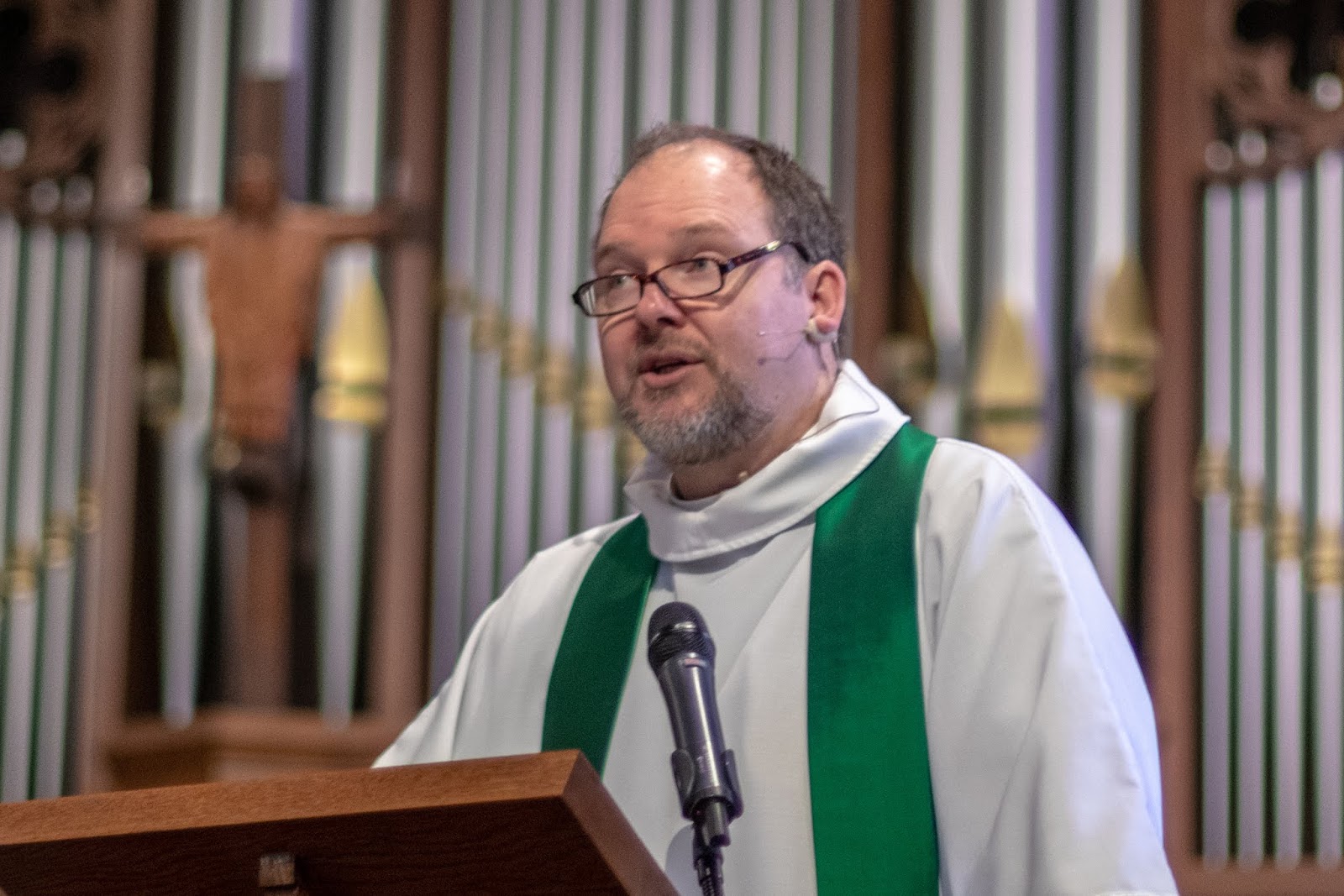 This
week I came across an article about the psychological causes of racism, which lead me down many rabbit trails as I avoided writing this sermon. I found many studies on the relationship between human psychology and the effort to determine the relationship
between our anthropology, our psychology, and our choices in making racist and discriminatory decisions to separate us from each other.

I
am no expert and there were many expert opinions, difficult to sort out. But one article caught my eye in particular. Psychologist Steve Taylor suggested that there is a sort of psychological descent into racism with five steps.

The
first condition sending us in the spiral towards racism is what he called the “psychological theory of terror management.” When confronted with our mortality, or with scarcity, or with any other perceived threat to our well-being, we can become anxious and
insecure. One defensive response to that can be to cling to national or ethnic identities as a way to strengthen our sense of belonging; to relieve us from the threat.

Taylor
suggested that by itself, this is not a bad thing. In many ways, we come to church to achieve a sense of belonging, claim a group identity, and relieve existential anxiety, for example. Or some might belong to a tribe of Chargers fans (or anti-Chargers fans).
Finding a sense of group identity is not bad. But he says that the second level in this spiral towards racism can occur when this group identity takes a turn towards placing anger or aggression against other groups. When the group identity finds its cohesion
by defining itself against the other, they have plunged into the second level of this spiral.

The
third and fourth levels of this process are related. The next stage is to lose empathy for those in the outside group, but retain the ability to empathize with those in the group. He points out that Hitler, for example, was known for his ability to be kind
to the people around him.

The
fourth level is to take that lack of empathy for outsiders even further and categorize them all in one standard way; to de-humanize them, or de-individualize them. The outsiders are seen only through the lens of the stereotypes and prejudices.

And
finally, at the lowest level of the spiral, people project their own flaws and challenges onto the outside group. The outsiders then become scapegoats for any problem, often resulting in violence. Taylor notes that those with narcissistic and paranoid personality
traits are very prone to this behavior, unable to reflect on their own faults and likely to push them outward onto others.

I
appreciate Taylor’s model. It does not adequately address systemic and institutional racism, and I think it is an oversimplification of racism that reinforces somehow that racism is simply an individual behavior.

It
is not. Racism is embedded into the fabric of the culture we live in, and requires an active resistance from all of us if we want to change it. American culture values European Anglo
habits
and practices, not
just skin color, in explicit and subtle ways. From our emphasis on individualism to our assumption that someone must be blamed if something goes wrong to our belief that more is better— we have a culture that is distinctively white, and it is hard to evaluate
it while living in it.

Jen
Jow and I just spent a few months trained to be trainers in a new diocesan anti-racism training called Visions, and at least for me it was challenging to look at our culture in a way that is honest, doesn’t diminish what I value, but also acknowledges that
our US culture doesn’t make room for other ways, values, and belief systems, and that can filter down to our other institutions, including our churches, too. It’s hard work.

I
learned from that training that it won’t do to simply speak up when a wall is being built if we really want to tackle racism at its core— although certainly a wall built on the argument that brown people are criminal is racist and must be resisted.

There
is a relationship between the spiral Taylor described and systemic and institutional racism, though. As they say in the Visions training, some racism is “caught” and some is “taught,” and it takes a lot of self-examination to determine which is which.

At
the root of it all is the desire to belong, rooted in existential angst, as Taylor suggested.

Which
brings us to the gospel story today, the wedding at Cana.

In
this story, we have Jesus— who by the way, was a partier. You knew that, right? John the Baptist was the ascetic. But Jesus was an “eat drink and be merry” kinda guy. He like to have fun and enjoy the people around him.

So
Jesus in this story needs a little prompting from his mother to get going. But once he does, he turns this abundance of water— something like 180 gallons of it— into wine. And it’s not the two buck Chuck. This is the good stuff. It is such good wine that
the steward wonders why they didn’t bring this stuff out first, when the guests were sober enough to tell the difference.

In
that day, the hospitality was a little more serious of an affair than it is for us. A wedding party was planned to last several days. Without grocery stores and food marts, running out of food or drink was a big deal. The guests were dependent on the host
for their needs, and not to be able to provide bring shame on them.

So
here’s the thing: Jesus performs this sign in this gospel, not because somebody needs it to heal or be freed from demons. Jesus creates this abundant wine so that the party can go on, so that there is no outsider. Jesus makes an abundance of wine- can you
imagine 180 gallons of wine? Simply to bring joy to a group of people, so there will be no outsider, no shame, so the party can go on, and everybody can belong without shame, and joy can be the outcome!

The
abundance of the wine is a sign that God’s abundance is a gift, not to be hoarded. God’s abundance, when turned inwards, becomes greed and scarcity. The host at the party didn’t say “hmmm – I may need that for a rainy day.”

Abundance,
generosity, and joy, are all so closely related. Recognizing abundance, sharing it with others, and finding joy in the relationships that are renewed, is a grace to be celebrated; it’s a party! It’s a feast! It’s something we do every week, right here at
this table.

So
as we sit here, on this 90th birthday weekend of Dr. Martin Luther King Jr, in his words “If you are seeking the highest good, I think you can find it through love.” I wonder if we can find the abundance of God that calls this whole human family out of fear
and scarcity and into a party of love. Where the wine flows freely, and there is abundant joy. Where difference is embraced: black and white, gay and straight, man and women, cis and trans: all are welcome, and the host says “Come in, there is plenty here,
you belong.” Where people meet as strangers but leave as friends. Where laughter is a sacrament, stories can be overheard, and there are no outsiders.

In
just a few moments, we will have a party at this table. I invite you to come, taste and see, and be refreshed. And carry the party out into the world. Everyone is welcome in the abundance of God’s love!