Skip to content
Home > News > The Sunday Sermon: What do we really want? 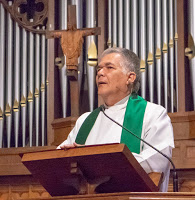 God created us free. Free even to decide what we really want in our lives and what we strive after. It is important to know what our innermost wishes are, for they will determine the way we think and act most of our lives.

In the passage from I Samuel we just read, the elders wanted a king. We should not be too judgmental about their wish. The truth is they had been repeatedly defeated in battles against the neighboring nations, especially the Philistines, and they realized a king would make them stronger and better organized. But they failed to see the other side of the coin. Samuel, through the inspiration of the Holy Spirit, clearly states to them what the king they are asking for will do to the people. They will no longer be free, but subject to the king’s abusive taxes and tithes, but they are so willing to be “like the other successful nations” that they disregard Samuel’s warning altogether and celebrate the crowning of Saul. In their insistent craving for worldly success, they not only risk losing their freedom but God’s kinship as well.

In the gospel passage we read, Jesus’ healing activity, exorcisms and inspirational teachings have attracted a multitude of followers. But he has also earned for himself and his followers the mock and hatred of many who are only interested in keeping the status quo, for fear of the Roman authorities or for fear of the established religion. Have you noticed? Fear and the craving for worldly success always go hand in hand. The Pharisees were also afraid of breaking what they envisioned as “God’s Law”, and in their sight Jesus and his followers were “law breakers”: he healed people on the Sabbath, the disciples did not wash their hands properly, reaped wheat on the Sabbath, etc. So, they go as far as stating that Jesus casts out demons by the power of the chief demon. But here Jesus uses worldly logic against them. A divided house cannot stand. And he warns them against their blasphemous words for the Holy Spirit.

Then the question of his family’s concern for his safety comes up. It is natural, according to worldly logic, that if your beloved son or brother is in danger of being prosecuted and sentenced to death, you should try to do something about it. They try to stop this “craziness”, to make him come to his senses, and realize that he may even suffer death if he goes on like that. But although Jesus was really good at using worldly logic, as he proved in many of his parables, he was always above all concerned with the logic of God’s Kingdom and what his kinship to God entailed.

His words remind me of the time when, my mother, who has already passed away, after a surgical operation when she was in her eighties, for a period had some lapses of logical thinking, and sometimes when she needed help in the middle of the night she would cry out “Dad”, instead of calling my name. I told her I was her son, not her father. Her father had passed away years ago. I was trying to insist on worldly logic. But then she said something I will never forget: “Father, son, what difference does it make?” “Aren’t we all the same?” She was so right! Why do we insist on logical slots like the roles we play in our family life? What really matters to God is that we love one another, that we care for one another, not only within the household, but within the big human family that we all are.

So, Jesus, when confronted with his family’s concerns, reacts according to this great truth which contravenes worldly logic: the human family is about mutual love, caring presence, compassion and justice; in other words, doing God’s will. In so doing he was not rejecting his blood family, but expanding the grasp of the family concept in God’s view.

Our worldly logic is always concerned with what seems to be the loss of our welfare. We have a great fear of losing our place in society, of deteriorating, of growing old and losing our mental clarity. However, Paul in his second letter to the Corinthians portrays true life and glory as that which is invisible to the eye, and he assures us that God has prepared a glorious house for us, not made with human hands. How “logical” does that sound?

May Almighty God, the Father, the Son and the Holy Spirit, so inspire our minds and hearts that we, instead of craving for the slaving kingdom of worldly success, strive relentlessly for God’s liberating Kingdom and kinship in our lives. Amen.