Water, water everywhere … Did you notice that water is a feature of three of our Scripture readings this morning? How fortuitous that we are celebrating Creation Care Sunday today with a special focus in our forum on oceans, and our lectionary hands us the opportunity to meditate in our worship on water.

In the Acts of the Apostles Paul and his companions travel from what is now Turkey to what was then part of Macedonia in northern Greece, introducing the Gospel of Jesus Christ to Europe. In Philippi they are looking for a worshiping community, so they head to the river, because that’s where they expect to find a gathering place of prayer. There’s an ancient connection between water and the sacred, and sure enough Paul finds his first European convert down by the riverside: Lydia, an upscale merchant, who is ready to receive Christ and who promptly undergoes baptism, along with her whole household. At the water’s edge Lydia receives the water of eternal life through the sacrament that welcomes her and us into God’s household.

In the great Revelation that closes our Bible, St John envisions the holy city, with the river of the water of life running through it, sustaining both the city and the tree of life with its twelve mystical fruits and its healing leaves. The river feeds the world, both physically and spiritually. It keeps the city pure and ensures that the means of life – food and peace – will be eternally available to those who belong to God.

And in John’s Gospel, Jesus comes to the pool of Beth-zatha, a natural spring with a mysterious intermittent turbulence. Now, there’s a widespread belief that the spirit doing the stirring is a spirit of healing. So the stone porches surrounding the pool are crowded with people suffering from all kinds of ailments: skin diseases, infertility, rheumatism, birth defects, you name it. Whenever the water starts to stir there is a surge of wounded humanity, all trying to get in the pool at once. Anyone who is lame is obviously at a disadvantage.

So this man, who’s been disabled for a lifetime, is fixated on somehow reaching the water, because it promises healing. What Jesus does instead is to raise him up with a word, the same word used later of the resurrection. He raises him up to new life, to wholeness and freedom and independence, and he begins to walk. Somehow I think “begins to walk” might be an understatement. I imagine him leaping and dancing and jumping into the air in joy and astonishment. Jesus brings living water to the wounded, who receives life in its fullness.

This week in the cathedral offices we had some plumbing issues. First of all the water supply for the staff coffee machine sprang a leak, and until it was fixed our water cooler was offline too, for technical reasons which I won’t go into. Then, later in the week, there were more repairs underway, which meant turning off the water supply for some hours. I know I’m not the only one who takes entirely for granted that when I turn a faucet, clean water will come out. And yet there are 1.1 billion people in the world who don’t have access to clean water. That’s about one out of five of us. Because of that, every 15 seconds, a child dies from a water-borne disease. Let’s just think about that for a few seconds: somebody’s child dies now … [Click, click, click, 15 seconds later … ] Somebody else’s baby just died. And that [click, click, click] goes on all the time.

The scandal, the sin of this is, it’s preventable. UNESCO estimates that an investment of ten billion dollars a year for ten years would ensure clean water for everybody’s babies. That’s 1.2% of worldwide military expenditure, or 1% of the global illegal drug trade, or about 5% of what Americans spend each year on holiday shopping, according to the National Retail Federation. The money we spend celebrating the birth of baby Jesus in one year could pay twice over for every baby, every child, every adult on this planet to receive what we all take for granted as a basic necessity of life. And instead we are filling the oceans with microplastic trash and wasting millions on throwaway gifts. 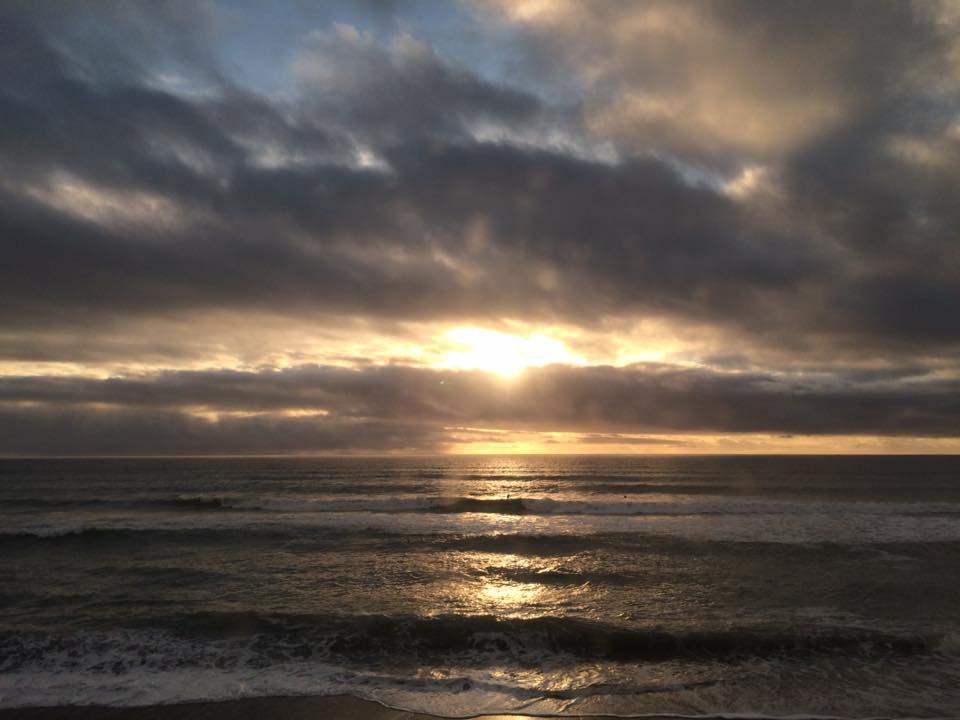 Speaking of oceans, the water off La Jolla last weekend was turquoise and sparkling, as beautiful as I’ve ever seen it. Living near the ocean is a great blessing. As an island person I can’t imagine living in the middle of the continent. But the oceans are rising, and our blessing is becoming a threat. The non-profit Climate Central estimates that between 147 million and 216 million people live on land that will be below sea level or regular flood levels by the end of the century, at the current rate of sea level rise. Other researchers pit the estimate as high as 600 million. Reputable scientists agree that human activities – our activities – our lack of stewardship – are responsible for climate change and the melting of the glaciers.

We revere water as critical for life, the means of baptism, and the medium in which all life began, but there can be far too much of a good thing, as when it starts pouring into your home and destroying your livelihood. How much of San Diego will be left by the year 2100 if the waters keep rising?

This week, as I studied St Paul’s missionary voyage to Greece, I noticed that the maps of his travels bore a marked resemblance to the maps of the routes taken today by migrants from the middle east. The millions of refugees – over a million last year alone – who have fled death in Syria, Iraq, and Africa have traveled the same Mediterranean waters that Paul, Timothy, and Luke did. Thousands have died, drowning in inadequate boats and horrific circumstances, abandoned by callous traffickers and rejected by the European Union. My sparkling picture of La Jolla Cove has been overlaid by a haunting scene from the movie Titanic: hundreds of bodies covering the surface of a cold ocean, in another tragedy of human greed and short-sightedness.

An ocean filled with the bodies of victims of war, famine, and flood; rivers polluted by industry and lack of sanitation; plastic garbage patches that stretch for miles in the Pacific: the water of life sometimes seems like a bad joke, in a world where some have too much while others have not nearly enough: our world, God’s world, the only precious, beautiful, life-sustaining world we know.

Fresh, clean water is God’s first and most precious gift to us, and the oceans are the cradle of life. We must cherish, care for, and share this amazing blessing, so that every one of God’s children may enjoy life in its fullness and receive Christ’s living water of healing and resurrection.