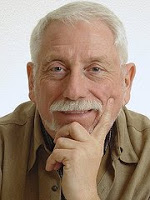 Theories are rife among psychologists and police as to why the gunman in Aurora, Colorado, did what he did. Some of those theories center around the possibility of the gunman’s feelings of alienation. Maybe that will serve as an excuse, and perhaps even a reason for what prompted his senseless rampage in the theater on that horrifying night, and perhaps the reasons will never fully be known. But this idea of alienation keeps ringing its mournful bell in our ears, and we must pay some attention to it.
I recently put out an article about the ‘warehouse effect’ experienced by older people (in that instance, gay older people), as voiced by an extremely angry writer who blamed the age-ist syndrome that he/she felt is rampant in the gay community. Clearly an example of someone feeling alienated, alone, forgotten. That article raised a number of responses, some from the 40-something group who rebutted the attack against them as being self-centered and negligent. The article inspired several answers from elderly gay people as well.
That debate is far from over, but the overriding specter of alienation remains to loom over us and haunt us. We tend to think we dispel it by referring to how close-knit our church community seems to be. That in itself ought to be enough, don’t you think? After all, people are accepted among a group of friends where they worship together, have coffee afterwards, and… and then what?
After the Gay Pride Parade dissipated last Saturday, and many of us found ourselves on the Sixth Avenue parking lot of the Cathedral enjoying lunch, we were once again confronted with the ‘then what?’ problem. I had been invited to a party—really a bash—up the street, and knowing that it wasn’t an exclusive affair to which a set number of people had been planned for, I said to my friend, “Why don’t you go with me?” He was delighted. He didn’t seem to want to just vegetate after the excitement of the heady experience of the parade, but had thought he’d just go home since no other options presented themselves.
Now, how easy was that to include him in my afternoon? And how good it made him feel to be included. Many people live alone and therefore have no partner with whom to share their day or evening. Is it that much of a task to say, “Hey, we’re going out to dinner. Why don’t you join us?”
Of course, sometimes it’s not possible to include others if you’re headed off to someone’s house for a sit-down meal, but there are plenty of opportunities to include people who may be otherwise alone if you’re going to a restaurant, or a film, or a bar, or a concert, or a ball game, or the summer pops.
That’s what real community means. Not the kind of thinking that takes away our responsibility for others and foists it off onto some institution, even the church, allowing us off the inclusion hook. Real community means that we think how happy that person would feel if he or she were asked to be included, to be a part of the camaraderie that is often being discussed in front of them and from which they are often excluded. (Well, of course, that’s just plain rude, but it happens.)
We have it in  our power, then, to help cure alienation, aloneness, even loneliness in others. We only have to give something of ourselves, a little of our compassion, a small amount of our time to acknowledge another person with our Christian love and care. At the risk of preaching here, I can’t help but be reminded of the story of Jesus, who when told that his sisters and brothers were outside, asked, “Who are my sisters and brothers? Those who do God’s will.” He wasn’t dismissing his kinfolk as inconsequential; instead, he was giving us the lesson of who our sisters and brothers are too, people for whom we can show love and inclusion, giving them something of ourselves, the finest and truest gift of all.
Clearly something went off the tracks with the shooter in Aurora, and his feelings of alienation may only be one factor among many that got him to hoard weapons and plan his attack on innocent people. Experts are saying that we may never know the totality of his motives. But if alienation was one of the culprits, someone somewhere failed to give the shooter the simple hand of friendship, including him, and making him to feel a part of a community. Any one of us would have gladly done what we could to lessen his alienation if it would have prevented the tragedy that ensued.
Let us all resolve to be better ‘includers’, widening our commonality as Christians to see the needs of others. It’s in one of the prayers before meals in the Book of Common Prayer: “…keeping us always mindful of the needs and rights of others.” If we do more than pray the prayer, and actively do what it says, we will become an even better community that professes faith in the one who gave his complete self to include us all.
Robert Heylmun