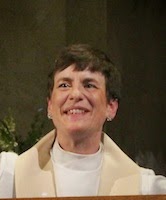 Alleluia, unto us a child is born. Come let us adore him, Alleluia.

“Yea, Lord, we greet thee, born this happy morning.” The long wait is over, and Christmas Day is here at last. If you have young children in the house I am sure you have already today been through a frenzy of stocking-emptying and gift-unwrapping. Maybe you’ve already witnessed a meltdown or two. Maybe someone didn’t get the one gift they really wanted. Maybe something has already been played with a little too enthusiastically and has broken down.

It doesn’t take long for the glow of the commercial side of Christmas to wear off.

What about the other side of Christmas? What about the glow of the star, shining over Bethlehem, the manger, the loving parents? Are we still basking in that light, or does that seem pretty dim on this 2 thousand and fourteenth anniversary?

Luke tells a story of shepherds, ordinary people sitting in darkness, startled by unexpected news and a vision of glory, and stirred up, first to worship the child, then to share the good news.

We are so familiar with the image of the shepherds in the fields, keeping watch over their flocks by night, that I think we forget how unlikely this story is. God comes to earth, stooping from heaven to be revealed in the tiny, confining, supremely vulnerable body of a human baby. God is born to poor people, people living in an occupied country, people without resources, without even a safe place to lay their heads. God is entrusted to a teenage girl and her skeptical fiance, in the scandal of out-of-wedlock conception. God is placed for safekeeping in a box of hay for cattle to munch on, in all the dust and dirt of a working stable.

The shepherds are in the dark, keeping watch over their flocks by night. The angel bursts into their darkness with astonishing news. God doesn’t wait for us to be enlightened. God shares good news with us when we are half-asleep, blinking in the light, uncomprehending and startled by the unexpected voice. Ordinary folks, unqualified, just doing our job, people whom the world passes by but whom God favors with this gift of good news.

The angels left the shepherds. They shared the astonishing news and then they left. The light faded. The shepherds were still in the dark. But something had changed. The shepherds were stirred up. They responded to the call. They sprang up in eagerness, encouraging each other to action. They went in haste down the hill to Bethlehem, and they found the Savior. They found God in that humble place, and they shared the good news. Ordinary people, just doing their job, transformed into evangelists They made known what the angel had told them. Shepherds became witnesses, but witnesses to whom? Whom did they tell? Not King Herod. Not the wealthy and powerful. Not the scribes and Pharisees. They told their neighbors. They told what they knew: a child, wrapped in bands of cloth, lying in a feed box, the Savior, the Messiah, the Lord, here in our world, in our village, in our stable.

It’s a very unlikely way of announcing that the world has been made new, that God has redeemed God’s people, that salvation has come to all. But that’s the way Luke tells it. Ordinary people, humble circumstances, sharing good news with neighbors.

Do you think the angel light faded quickly for the shepherds? Did they wake up the next morning and wonder if it had all been a dream? What did life look like for them on the other side of that midnight expedition to Bethlehem? The angels delivered the message and then left. This is the way of angels. Mary was visited by Gabriel and told that she would bear the Son of God, and then the angel left. Zechariah, John the Baptist’s father, was visited by an angel, stricken dumb, and then the angel left. Angels don’t stick around to provide affidavits for our stories. The shepherds had to find a way to live after the light had faded. They returned to the fields and to their flocks, back to their jobs, but they returned glorifying and praising God. They weren’t in the dark any more. Everything had changed for them.

Christmas can change everything for us too. Last night many of us sang of angels. The light shone out of this cathedral into the darkness of the city as we proclaimed good news and worshipped at the manger. Today the light has faded, and our world is already moving on: the stores are switching out their displays to make room for Valentines cards. The Christmas trees are already hitting the sidewalks. The commercial world has already forgotten all about Christmas. But we haven’t.

I wonder how they are celebrating Christmas in Cuba this year. After half a century of being shut out by their giant neighbor, Cubans saw the light shine in last week as the President relaxed restrictions on commerce and travel. Christmas in Cuba will have a new sense of freedom and possibility this year, and that light won’t fade. This will be a Christmas they won’t forget.

The shepherds didn’t forget. Their lives changed for ever when the angel’s light startled them awake. They were transformed. They returned to their lives, glorifying and praising God for all they had heard and seen. Once we have heard the angel’s message, once we have gone to Bethlehem and seen the manger, we don’t forget. Each year we gather anew to wait and hope in Advent, to watch and wonder on Christmas Eve, to offer thanks on Christmas Day. Even when humanity has celebrated this festival over 2,000 times, the message of the angels is still fresh and new. Do not be afraid, for see – I am bringing you good news of great joy. The world needs good news of great joy every Christmas. We need the light, because the darkness lingers.

The people who sat in darkness have seen a great light. They shall be called the Holy People, the Redeemed of the Lord. In the light of the Incarnation, ordinary people become holy people. Lives are changed. Shepherds become evangelists.The light of Christ has shone in our world, and that light will never fade. The glow of the “Holiday season” has faded, but the light of Christmas shines brightly forth.

Alleluia, unto us a child is born. Come let us adore him, Alleluia.