Skip to content
Home > All Our Voices > Gala Keynote: our history 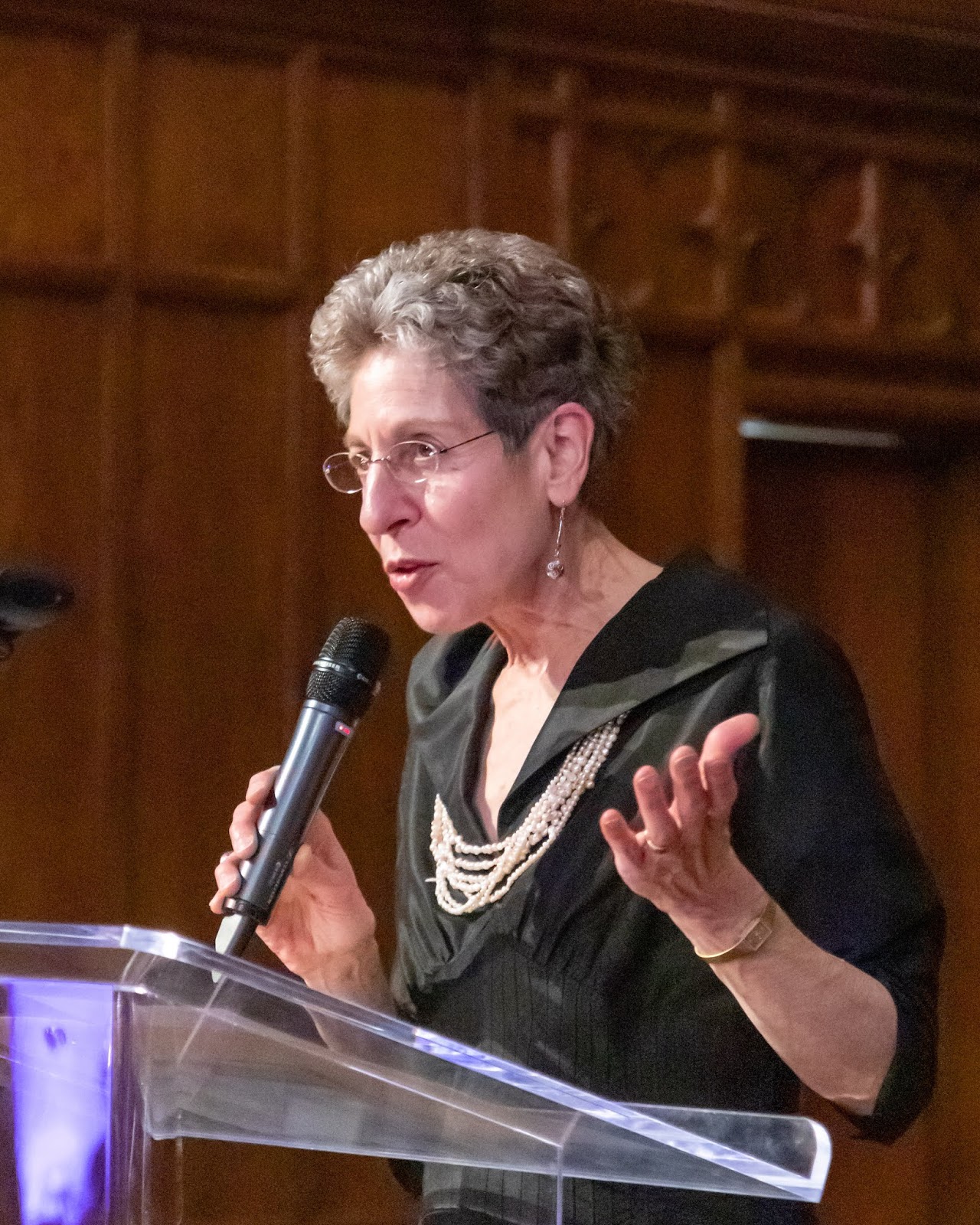 Imagine what it must have been like here long ago. The Kumeyaay people had lived here for millennia when the Spanish arrived in 1542. Spanish settlement in 1769 produced San Diego, and Mexico ceded Alta California to the US in 1850.

In 1853, San Diego was already a significant port, even with fewer than a thousand people. The Army was still lodged out at the Old Mission, and the chaplain was one of four clergy when the Diocese of California was organized. In July the Herald (1) ran this piece:
“…It gives us the highest gratification to be able to state that, for the first time, we have Protestant Church service in the town of San Diego. Heretofore we have had only the dogma of the Roman Catholic Church expounded to us in Spanish by Padre Juan, and as comparatively few of the American population understand that language, the masses have had no resort on the Sabbath for religious and moral instruction, and have spent the holy day in drinking, card-playing, billiards and other amusements.

“These amusements will now in a measure be dispensed with, as the Rev. Dr. [John] Reynolds, Chaplain U.S. Army, will hereafter conduct Divine Service, at the Court House, in Old San Diego.” (2)

Such ‘amusements’ still thrive in this town, and relations between the indigenous people, Californios, and English-speaking late arrivals continue to produce both challenge and great blessing.

Chaplain Reynolds continued to hold services and raise funds for a more permanent worship site. Attendance wasn’t great – a dozen or so, probably not helped by advertising sermons like, “The Proper Government of the Tongue.” Nor was worship at the court house exactly easy: “the quiet due to Sunday is broken in upon by the rioting of the inebriated, and the very words of holy writ are drowned by the click of billiard balls and the calls for cocktails from the adjacent saloon.” (3) Tonight, we’re right next door to Club150…

Yet there was enough energy here and in three other worshipping communities in California (4) that William Ingraham Kip was elected to be the Missionary Bishop of California in the fall of 1853. He left New York, crossed Panama, and shipped north on the steamer Golden Gate. It ran aground in a storm on Zuñiga Shoals in January 1854. Nearly 1000 passengers were taken off the foundered ship.

Bishop Kip held services at the Court House the next Sunday for a congregation of about 50, and continued on to San Francisco 4 days later. His great-great-grandson, William Ingraham Koch, won the 1992 America’s Cup, sailing off Point Loma, near where his ancestor ran aground. (5)

Bishop Kip was assisted at that January service by Lt. George H. Derby (6) , who led the hymns and responses and later bought the San Diego Herald. He was one of California’s first published humorists: “One of our Fort Yuma men died, and unfortunately went to hell. He wasn’t there one day before he telegraphed for his blankets.” (7) You share that history – the church in Yuma is also St. Paul’s and now part of the Diocese of San Diego…

Chaplain Reynolds continued to hold services until he mustered out the next summer and went back East. There wasn’t another resident cleric until Alonzo Horton platted New Town, when the Diocese of California sent the Rev. Sidney Wilbur as a missionary in Oct 1868. He stayed busy, and in early 1869 Horton gave 2 lots on the corner of 6th and C, where the first church in New Town was erected with financial help from Episcopalians in San Francisco. The Parish of the Holy Trinity incorporated almost exactly 150 years ago, 18 December 1869. Bishop Kip made his first visitation in February 1870, baptizing 4 and confirming 4.

Finances were a challenge to calling and keeping a priest in the early years. When Henry Restarick was called as the third rector in 1882, Holy Trinity had 7 communicants. Four years later there were nearly 100, the vestry voted to change the name to St. Paul’s, bought land, (8) sold the former church and rectory, and contracted for new ones… and the same year, founded its first mission station, St. Matthew’s, National City. In 1887 Holy Trinity started St. Peter’s, Coronado, (later Christ Church), and the following year, St. James in southeast San Diego. Sharing the good news of Jesus Christ has been a central gift of this congregation – and continues today, affirming God’s love for all sorts and conditions of humanity.

Father Restarick trained a number of men as lay readers, licensed to lead worship services in 7 different locations in and around San Diego. His book about lay readers and their ministry(9) deeply influenced many other parts of the church. That push for lay education and formation emerged again in the 1960s, when the San Diego Union reported that Episcopalians were being encouraged to engage in social action, and understand civil rights as basic to church doctrine: “Perhaps one of the most dramatic trends within the church is lay participation in its services, and providing theological training for these laymen.” (10) It was still only lay MEN who were being formally trained! (11)

Restarick’s tenure saw 5 more missions established: in Bostonia (El Cajon), Oceanside, Escondido, All Saints Chapel up the street, and St. James, La Jolla. When All Saints began in 1888, this congregation started using Eucharistic vestments – highly unusual in that era. St. Paul’s is still bearing witness to the sacred place of beauty and transcendence in the liturgy and the need for worship in varied languages and cultural contexts.

Restarick was appointed Archdeacon in 1898 (12) and visited all the local Native American reservations. His work with indigenous people was undoubtedly a factor in being appointed Bishop of Honolulu in 1902.(13)

After Restarick’s departure, Charles Barnes, who’d been a lay reader here, was called as rector. He served longer than any other, 33 years, and his son Rankin succeeded him, for 14 more. Seismic changes and challenges marked those decades, including two world wars and the great Depression. The military presence grew immensely, with Camp Kearny, the Marine Corps base, and Rockwell Field on North Island. When an explosion aboard the USS Bennington killed 47 in 1905, there was no chaplain in town and St. Paul’s treasurer (who was also San Diego’s mayor) (14) mobilized the response; Barnes’ assistant led the funeral service at Fort Rosecrans. The crush of soldiers, sailors, and airmen after Pearl Harbor meant St. Paul’s provided a great deal of pastoral care. More baptisms and marriages were blessed here than in any other parish in the diocese.

The congregation’s growth brought repeated challenges for space, each time met with creative initiative: buying and selling land; constructing buildings; repurposing and moving them. Major construction began in 1868-1869, 1886, and 1907. Just a century ago the vestry bought most of the land on which St. Paul’s sits today. Ground was broken for the Great Hall in January 1928 and the building dedicated at the end of December. The church was completed in 1967 and dedicated as the cathedral in 1974.

Stewardship looked quite different in earlier days. Building projects still involve pledge campaigns, but more routine budgeting included pew rents until 1941. The stock market crash of 1929 immediately prompted a weekly Friday Eucharist, which continues to this day, and the financial exigencies had major effects on the community.

Gratitude is the ultimate source of all offerings. Before the Haitian earthquake of 2010, the cathedral’s offertory procession included people dancing up the aisle with baskets of produce, trussed chickens, and farming implements, as well as money – all laid at the altar in thanksgiving for God’s bounty. What will the offertory look like here in future? A giving app? A facial recognition device, used at your seat?

The life and love and prayers offered in this place, and the compassion that flows from St. Paul’s into the wider world will continue, even as the forms keep evolving. Jesus said we’d always have the poor with us, and as long as feeding, sheltering, and healing evoke that compassion, there will be life in this 150-year old body. Compassion remakes and remolds us into the body of Christ – and therein lies our hope of resurrection. Compassion has been alive here forever, outwardly expressed in intimate and public ways, from ministry with soldiers and sailors and the unhoused, to the work of St. Paul’s Senior Services and Episcopal Community Services.

You have a dream – that the bowels of this cathedral might become a source of healing for those who suffer, particularly the unhoused and underserved. When Jesus meets a leper, the gospel says he is “moved with pity or compassion,” reaches out, and heals the leper. (15) The original language is graphic – he’s moved in his bowels or gut. Being gut-wrenched produces a compassionate response – and it will be lived out in the deep recesses of this church complex. The people who have worshiped in this body for a century and a half have always known that the outer fabric is meant to provide shelter and home for all sorts and conditions of people. This body has continued to repurpose and renew and remodel those externals, as community needs have shifted. The heart of this body continues to grow in compassion, serving the least and the lost and the left out. St. Paul’s has been a body of compassion for 150 years, and bears every sign that it will continue to be a loving, living body with a stout and generous heart for at least another 150 years. May God bless you with compassion, pour love abundant into your hearts, and move you to heal the brokenness and suffering of this world. Keep loving the rainbow people of God!

1 San Diego’s first newspaper, 1851-1860
2 The Parish of Saint Paul, San Diego, California – Its First Hundred Years.” The Rev. Canon C. Rankin Barnes. Published by the Parish, 1969. p 6
3 Ibid. p 6
4 San Francisco and Stockton
5 Gold Rush Bishop. Mary Judith Robinson. SFO, Telegraph Hill Press: 2017 p 80
6 The first California humorist, aka John Phoenix or Squibob
7 https://en.wikipedia.org/wiki/George_Derby
8 The lots were at 8th and C
9 Lay Readers, Their History, Organization and Work: An Account of What Laymen Have Done, Are Doing and Can Do for the Extension of the Kingdom of God. New York: Thomas Whittaker, 1894
10 First Hundred Years, p 59 – San Diego Union 28Jan67
11 Even though St. Paul’s had had the benefit of the ministry of Miss Lillie M. High (later Poole) as organist and music director from 1918-1962 and of Gertrude True in many roles from 1922-1952, and two women missionaries were sent overseas in 1946. In 1969, the rector’s secretary, bookkeeper, and book shop director were women. The first woman priest was ordained here in 1984, even though a group of bishops opposed to ordaining women had met here in 1979.
12 Something like today’s Canon to the Ordinary, or increasingly, the bishop’s link to deacons of the diocese
13 Following the church’s shift into American jurisdiction after the overthrow of Queen Lili’uokalani, then head of the Hawaiian church, in 1893
14 Capt John L. Sehon, USA, retd. First Hundred Years p 32