Skip to content
Home > All Our Voices > The New Cathedral Garden 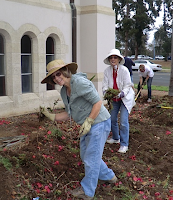 I want to thank everyone who helped out on my Eagle Scout project to replace the garden of grass and other plants at St. Paul’s along Nutmeg St. and 6th Avenue into a drought tolerant garden. The project had some challenges but overall went well. It was very satisfying to get all the work done and see the finished garden.

Raising money was the first challenge. Although the plans were donated by a landscape architect (who also helped out), I was still responsible for buying plants, boulders and decomposed granite so the project estimate was high ($7000). No one in the history of troop 295 ever had to raise so much money for a project, and some people doubted that it could be done. 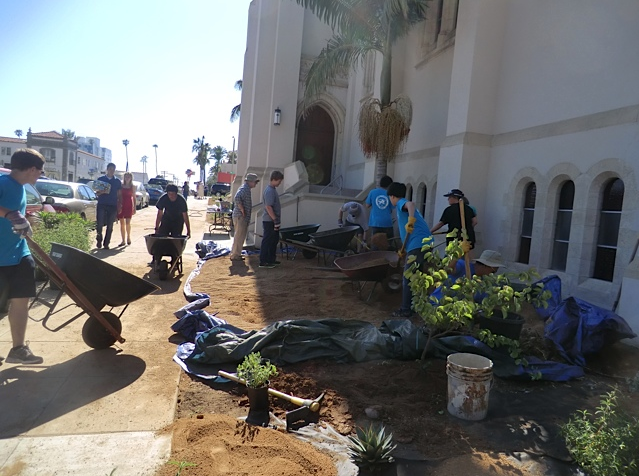 Thanks to the generosity of a lot of people at St. Paul’s and friends and family from all over the country and beyond (I even received a donation from Singapore!), I was able to raise almost all the funds needed. I sent a lot of letters and passed out flyers and talked about the project after church and at group meetings. Some things cost more than expected, but thanks to Miramar Nursery, plants were affordable.

The first Saturday we cleared all the old plantings and prepared the site. The work went fast because we had trucks to move the old material to a dumpster across the street. We had over 50 people working and we finished early, even though we had a great lunch break BBQ. We thought we might finish early on the next weekend, but we didn’t, even though 50 people came the second Saturday too. 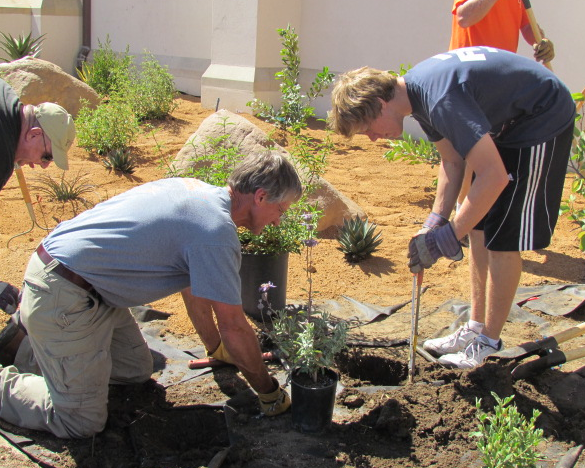 We had some unexpected challenges. These included dealing with a pipe that burst when someone hit it with a tool, an incomplete order of plants from the nursery that required an extra trip to pick them up, and difficulty matching the plants we bought with the plants on the plans.
Additionally, the decomposed granite was delivered in a pile right where we needed to plant, so we had to move it with shovels and wheelbarrows. The project required an extra day of work beyond the two we originally planned. Even though it was the last minute, we still had 25 volunteers on the third day! We finished the garden on Sunday at 8 pm, just in time for Dean Scott Richardson to see it before he left. 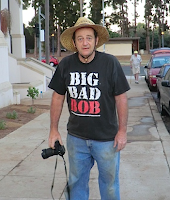 I could never have done this project without Bob Oslie and Christine Spalding, who helped me plan and execute the project starting in November. Also it could not have been done without many generous donations from people in the Cathedral and others from all around. And finally the garden would not have been finished without the hard work of so many volunteers from the Cathedral and my scout troop, my school, my parents’ co-workers, and the community. 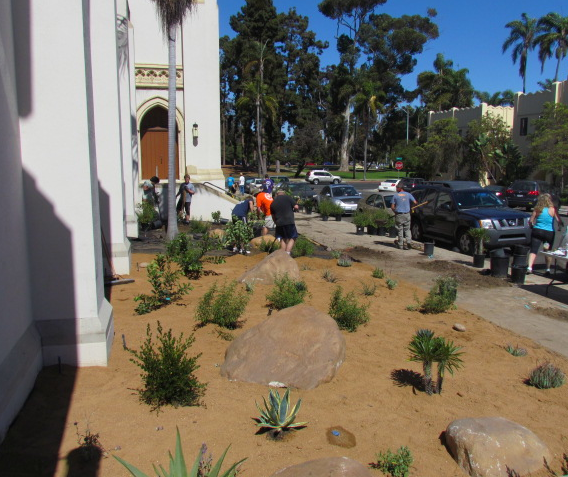 I have been in Boy Scouts since I was 6 years old. At times it has been challenge to continue because I disagree with some Boy Scout policies, which conflict with my beliefs about equality for all. But I was happy to do this project. Not only did this help out St. Paul’s and improve our community, but importantly, I was able to bring together diverse groups with differing views to work together towards a common purpose.

This Sunday the garden will be blessed by the Bishop. I hope everyone will attend. Thank you everyone for your help! 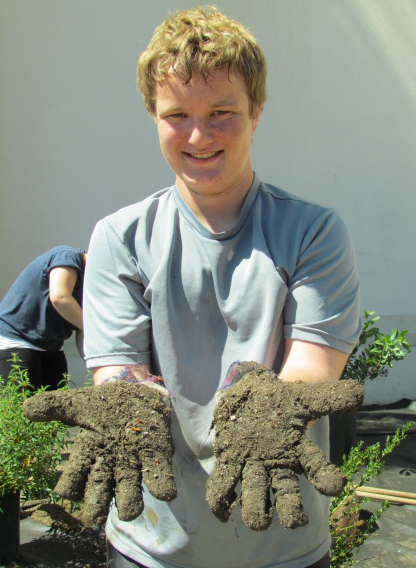