Skip to content
Home > All Our Voices > September 7, 2010 Chapter Highlights 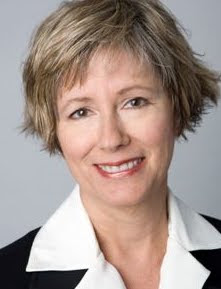 Carol Walsh is the People’s Warden, and keeps us filled on the chapter, which is part of the Cathedral’s system of governance.

The minutes were approved.

After years of service, Steve Bloom will step down a member of the Endowment Committee. David Behling was nominated and approved as a new member of the board to fill the vacancy. We’re fortunate to have individuals like Steve and David to sit on the committee.

The Rev. Albert Ogle made a presentation about the World Heritage movement and distributed a concept paper entitled ‘St. Paul’s Foundation for International Reconciliation –a concept paper’ for the Chapter’s review.

Sub-Dean Allisyn Thomas reported that five couples are currently in the process of same gender blessings at the Cathedral. Also, the children’s ministry is healthy and growing.

Dean Scott Richardson reported that attendance at Sunday services is growing, and that Dr. Carol Williams will support the Music Department as an additional musician.

Carol Walsh was appointed to be the chair of the Chapter Nominating Committee. Other committee members are Roxanne Perfect-Knight and John Will.