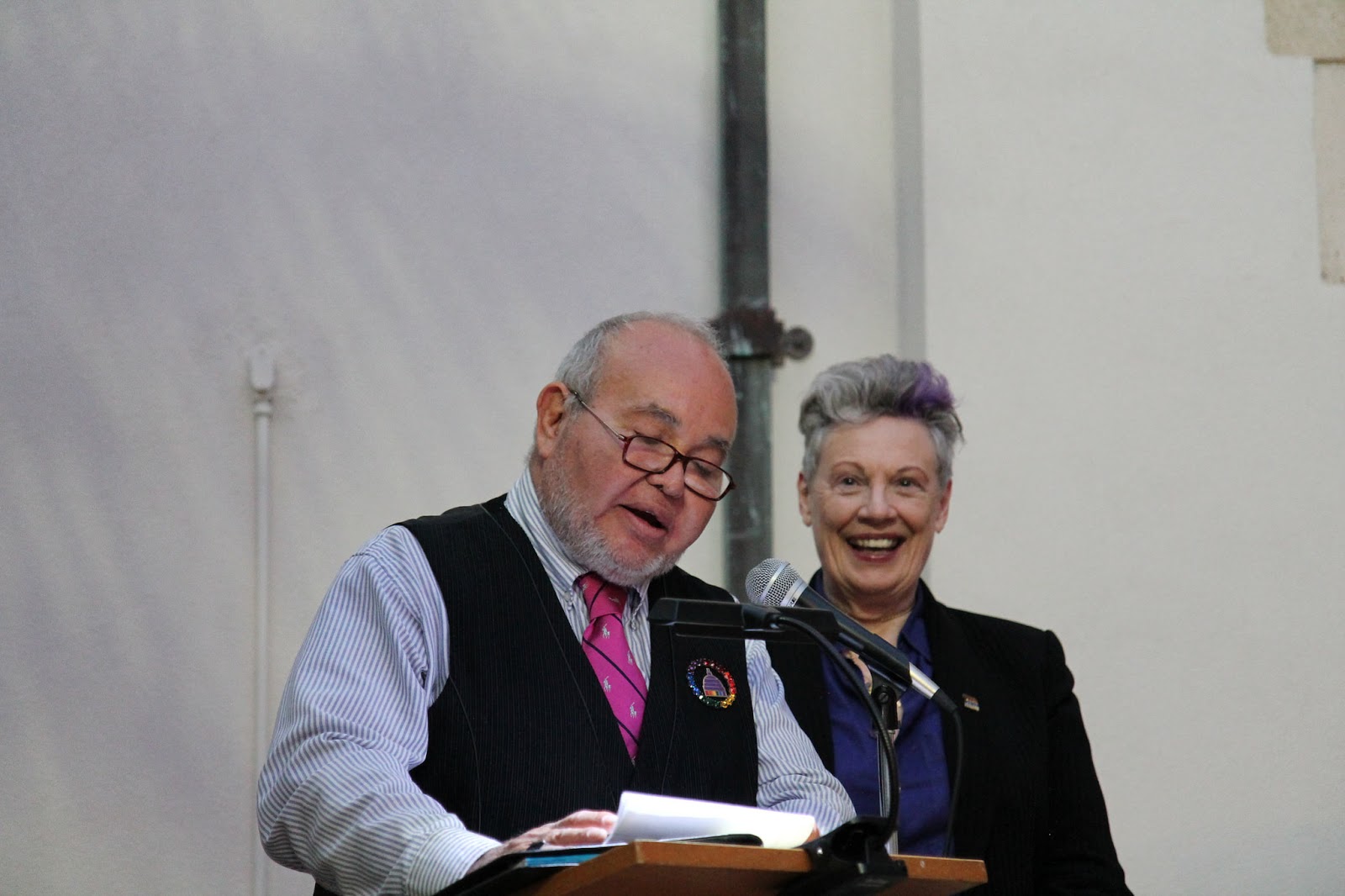 Good Evening …it is my deep honor to have been asked to speak tonight … These are indeed historic times for our great nation and all Americans ….

The confederate flag is coming town in many southern states and the white house for the first time was lit up with the colors, of the LGBT community’s Rainbow flag….. And tonight one of our city’s oldest and historic cathedrals …ST. Paul’s is also going to display the Rainbow colors … As an old queen from the 1960’s and 70’s I continue to have to pinch myself to make sure I am not dreaming ….

In 1974 when Vietnam veteran Jess Jessop, ACLU attorney Tom *Homann and I organized our city’s first pride march …
… the police refused to issue us a permit but we marched anyway … homosexuals were classified as : perverts *deviants with a mental disorder … just with a stroke of a pen your parents or a judge could send you to a mental hospital were many homosexuals were given electrical shock treatment …
It wasn’t till 1976 that homosexuality was made legal un the state of California..

On this day and historic events like this that I especially think of my pride
Co-horst Jess and Tom who we lost both to AIDS …
I think of Gloria Johnson, Al Best, Brad Truax and many others who are no *longer with us … whose shoulders we stand on … As I’ve said so many times before… A Community that doesn’t know where it came from.. Does not know where it’s going……

Every study and every survey has shown that a vast majority of LGBT Americans
Are very spiritual ….be they Christian, Jewish or Buddhist …
And every study shows how for decades we have been condemned by the religion of our parents … our childhood..
Yet a vast majority of us have held on to our faith.. Our God… I believe if Jesus Christ came down to earth today.. He would weep for what so many are doing in his name…
But I believe in my heart and soul that Jesus is smiling down this evening on St Paul’s Cathedral..
Very Rev. Bridges your church’s denomination has in the last decade been in the forefront of change and acceptance that we are ALL indeed Gods Children
While many churches turned us away at the beginning of the AIDS crisis.. This Cathedral and its Parishioners DID NOT …

I will never ever forget that when my Catholic Church and its Bishop refused to say a Funeral Mass for one of our young community leaders.. John McCusker 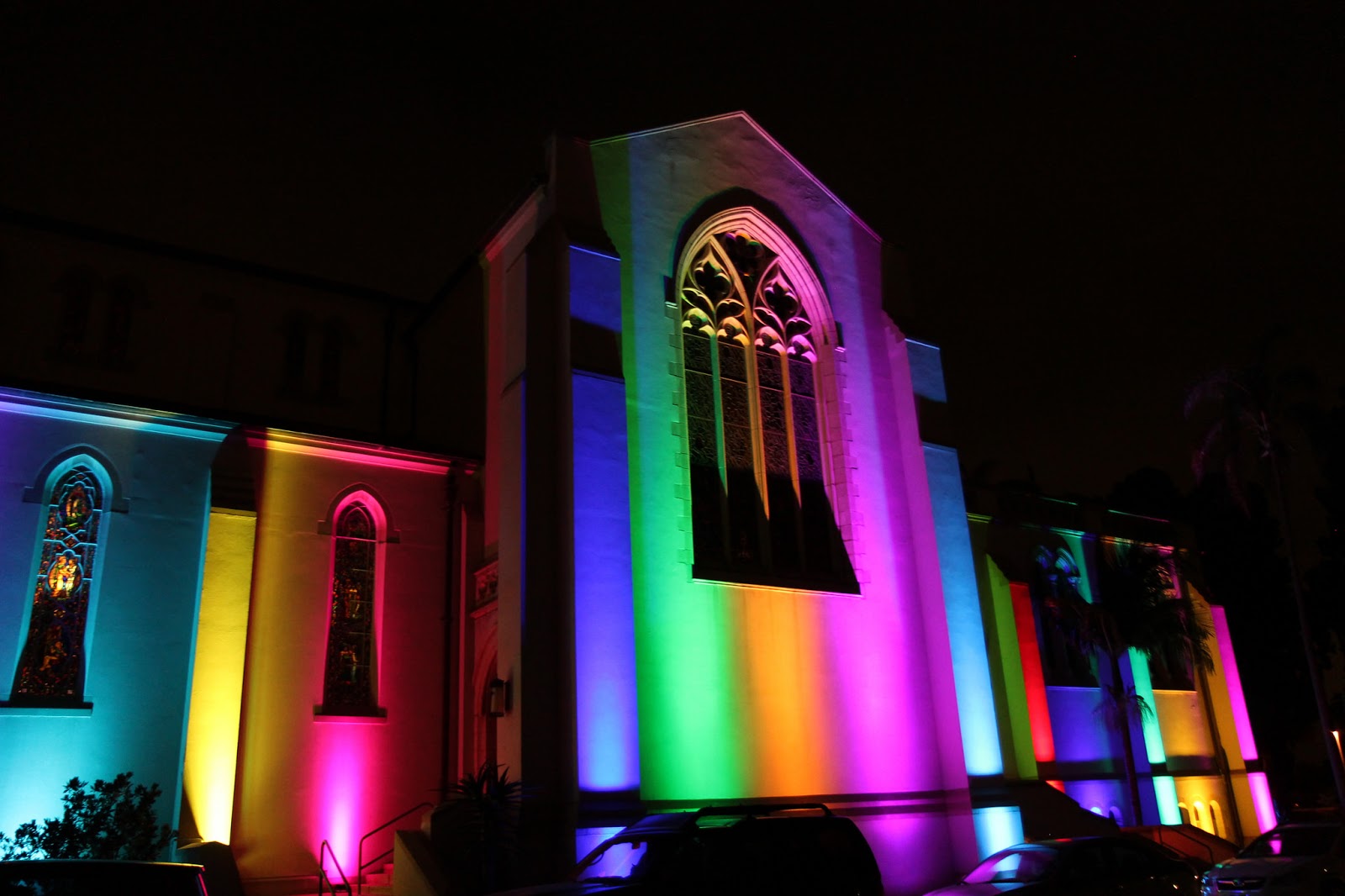 You Welcomed without hesitation John’s Funeral, the McCusker family and our community here
We will Never forget ever forget..

My traditional Catholic Latino Family almost all of them turned their back on me when they found I was Gay.. Even my beloved Grandparents… Though I have hope in Pope Francis..
I’m not sure I will be granted a Catholic Funeral.. So I hope to have my Memorial here in this Beautiful loving Cathedral
But for those of you in the audience getting excited over the thought of my demise …This old queen still has some years left in her…I hope
in closing ..

When I think of St Paul’s Cathedral, its Bishop, it’s deacon, clergy and parishioners..
I think of Mathew 25 verse 35, 36