Skip to content
Home > All Our Voices > Orlando Strong 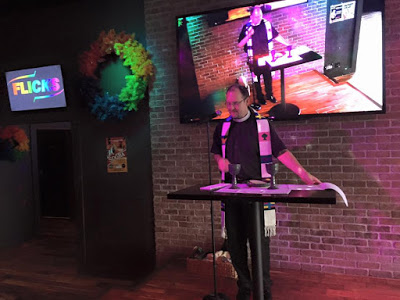 I’ve had Eucharist in a bar before.

But this was different, and I was nervous.

This week, we decided that the next step in healing would be for us to offer ourselves to the community and take church to the streets. We did that by having a communion service in the gay bar in Hillcrest, Flicks. Thanks to Integrity co-conveners Joe Letzkus and Dan Piper, it went well. Joe used to own Flicks and the new owner, Jeff, was excited at the possibility of offering something to the LGBT community to help heal. We did not want to re-create the prayer service and requiem we so beautifully presented at the Cathedral by the choir, but instead wanted to help the community begin to turn from grieving to move forward without fear into the journey after Orlando.

We met with the owner, Jeff, on Friday- the same day a marine stationed at Camp Pendleton had been caught posting images with guns on social media directing threats to the gay community. Jeff relayed the concerns of many of his patrons who have expressed fear at being out and about in the Hillcrest area since the Orlando shootings and threats like the one Friday. 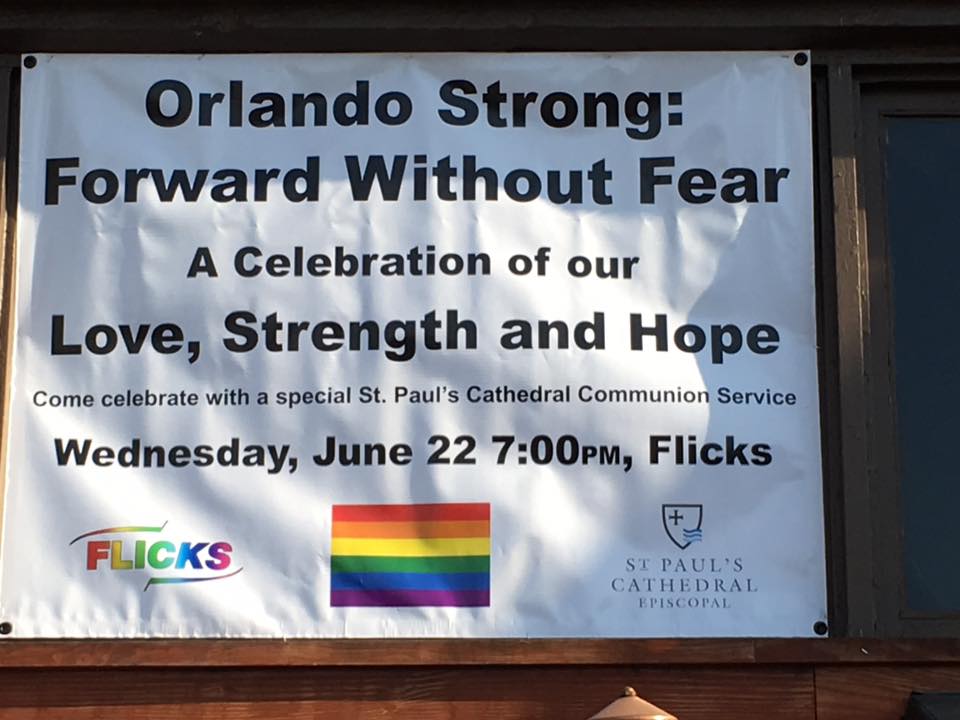 It was obvious: it was time for the Cathedral for the City to do what it does well. We needed to go into action to remind those around us that love, not fear, wins; to support our community and help be a part of the healing process.
It was a wonderful experience. The support from the community was overwhelming. Dan talked to Al at SignDiego, who was so happy we were doing this event that he donated a banner to hang above Flicks to advertise it. Jeff, the bar owner, talked to some of his suppliers who matched register sales for the evening and donated them to Lambda. Susan Jester put the word out and the LGBT press picked it up instantly. Fox 5 covered the event on the evening news that night.

We began by expecting a small group—and planned to use only a small room on the side of the bar. By the time of the service Wednesday night, Jeff had donated the entire facility for use of the service because the excitement had grown so quickly. A freelance USA Today reporter was in the bar Tuesday tweeting about the event, excited about the possibilities. By the time we started, we had half of the room filled with Cathedral folks, and the other half were ready to participate in something bigger than any one of us. Some came just to watch, others were cautiously participating, others were moved to tears. 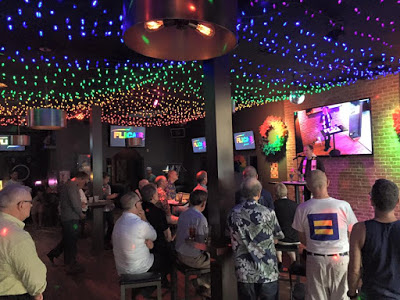 Amazingly, the passage the Holy Spirit chose through the lectionary was 1 John 3:13-16, which begins: “Do not be astonished, brothers and sisters, that the world hates you. We know that we have passed from death to life because we love one another.”

And that’s it, really, isn’t it? There are so many messages thrown at us in the world that want to respond to brokenness with hate, with hardness, with rigidity. But in the end, they come up empty. Over and over again the story of the people of God is vulnerability in the face of hatred, of love and risk and hope even when we are hated, when dirt is thrown in our face, and even when we are killed. That takes courage instead of hard-heartedness. That takes love. And that is the path to life and out of death.

And that is how love wins. We won’t go back into the closet. We won’t be afraid. The Church’s job is to be right there in the middle of that, showing how to love. St. Paul’s does that and did that by showing up at Flicks Wednesday night. I am so glad to be here with you as a part of this branch of the Jesus movement, responding to the needs of the city and shining light on a world that wants very much to be reminded that love wins! 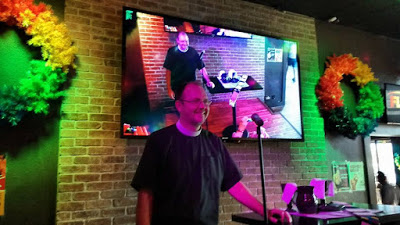