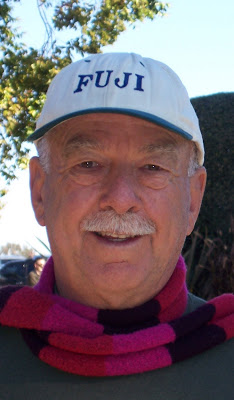 With presidential politics starting to heat up, Ronn Garton chimes in with his list of to-do’s for this or the next president. How about your list? Add your ideas to the comments. Of course, all opinions and points of view are welcome, whether you agree or disagree, though please be sure to keep your comments courteous. (Consider Romans 12:17-21, Ephesans 4:29, and Matthew 5:22 before commenting!)

An open letter to my Government and all those who order our American corporate life and well-being. Please give attention to the following needs:

1. Too many Americans are seeking employment. Do something to put them to work.

2. Two wars have gone on too long. Bring the troops home. All troops that stay will be on a voluntary basis and paid for by the host country and not by American tax-payers.

3. Close one-third of our Foreign Military basis. Begin in Japan and Germany.

4. Medicare must continue, but it must have greater supervision of its misuse. None of us can understand our bills. Doctors and hospitals are overwhelmed with the paperwork.

5. Reform the Tax Code; Surely we can do a progressive tax that causes everyone to pay something every year. Start out with a stair step. Begin with a symbolic payment of $1 for the poor….all households who earn less than the living wage. Then 5%, 10%, 15%, 20%, 30% and the highest bracket of 40%. Eliminate mortgage interest deductions on loans over $200,000. Corporate taxes should be a set percentage of earnings and all corporations should pay yearly, even if the tax is a low 10%. We could all do the math and every corporation would feel it was paying its fair share.

7. Recognize Cuba as a North American neighbor state and allow us to trade and travel there. If we can tolerate and trade with China, we can survive a Cuban influence.

10. Do away with voting registration. Let everyone who wants to vote bring one of three items to the polls on voting day as a means of identification: a copy of last year’s IRS filing, your driver’s license with a photo, student body card with photo, or a note from your mother. After you vote, you dip your middle finger in an ink-well. It takes about a week to get the ink off, so no one will vote twice. Make voting simple and easy for all of us; keep it from being an elitist activity.

11. Put a war surplus tax on all guns and ammunition until our troops are brought home.

12. We need Immigration Reform now. Strip the current statutes and expand the Immigration Lottery in the interim. Congress would set a yearly quota for newcomers. Homeland Security would vet all lottery winners, and every new immigrant would be required to have a Sponsor for five years. This Sponsor would be responsible for the whereabouts, actions, language facility, and expenses of this provisional citizen. Those who are already here could enter the Lottery every year. Deportations would take place when an “illegal” has a brush with the law. It now costs about $150 to play the U.S. Immigration Lottery each year, and Mexicans cannot enter. Let’s stop discriminating against Mexicans.

13. Marriage should be a decision between two adults of age. Government should not try to play Cupid or Big Brother. Two people who are in love should have the right to make a marriage covenant. Churches, Synagogues or Temples can decide whether or not they want to give their sectarian blessings to the unions. The State merely records the unions and honors them in our courts, hospitals and common life. We might want to tax unmarried adults who co-habitate and challenge the majority view on Family Values.

14. We have come to a time when money sometimes buys elections. It is time to limit campaign spending and the length of campaigns. Six weeks sounds about right. Public television and radio stations could be donated to the cause between 6:00 pm and 8:00pm each evening during the six weeks. Let’s hear it for Public Broadcasting.

15. It is time for us to leave the Palestinian/Israeli Mediation talks. We have become part of the problem. Our continual siding with Israel against the Palestinians renders us ineffectual as peacemakers. Jerusalem should be designated a World City by the UN, and Tel Aviv and Ramallah can serve their respective constituencies. Candidates to succeed us are: South Africa, South Korea, Andorra, or former Zulu Warriors.

16. Corporations that out-source jobs should pay some tax for the devastation done to American job opportunities. Perhaps these Corporations should have to have their Management teams and families also live in the new country. Perhaps we should simply tax the Corporate earnings made abroad.

17. Cut Congressional pay in half whenever there is a national deficit running. Reduce congressional vacations to one month a year and limit each elected official to one political junket a year at tax-payer’s expense.

18. Increase the time period before a member of Congress can go from elected official to Lobbyist. And reduce all lobbyist’s activity to one day a week: Thursdays. The rest of the American people would have access to Congress, Monday through Wednesday, and Foreigners can talk to Congress on Fridays, when they only work a half a day. All Congressfolk would have week-ends off.

19. It is time to return to a volunteer military service. What we have now is a Professional Military. It is too expensive, and they get edgy when there is no war.
Reduce the Military Budget, put the Pentagon on a diet, and begin to integrate the Army, Navy, Coast Guard, Marines, Air Force, and National Guard.

21. It’s time that we should not have to apologize for our Native American, Deist, and Judeo-Christian religious heritage. This doesn’t mean that we don’t welcome Mormons, Muslims, Christian Scientists, Jehovah Witnesses, Bahai, Buddhist, Shintoist, Unity, and Golfers to the American mix; we just want to make it plain that we were here much earlier than the rest of these late-comers.

22. And then there is the Death Penalty that goes against the sanctity of life.

Thanks for reading this far…..the list goes on too long… I promise to write a gain in 2012. You have a very difficult job, but we are hear to help and critique, and occasionally to contribute!