Skip to content
Home > All Our Voices > JUST LOVE conference: exposing and countering the “ex-gay” movement 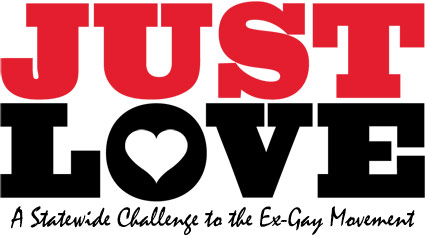 The “ex-gay” movement is founded on the idea that sexuality is “just a choice” and is at the lead in opposing GLBT rights in this country. The so-called “ex-gay” organizations are criticized by mainstream medical professionals for the harm they do GLBT people. The supporters of this discredited movement are linked to the Uganda bill that would criminalize homosexuality up-to-and-including the death penalty.

On Saturday March 6, the JUST LOVE conference, will be held at the Cathedral. The conference will bring together leaders in medicine, law, faith groups, and advocacy to expose the ex-gay movement and raise awareness of its activities in the USA, as well as its role in the Uganda “kill the gays” bill. In addition to the major addresses, there will be afternoon workshops for legal professionals, media coverage, allies in the faith community, and support/recovery issues for victims of the ex-gay movement.

This conference is FREE. More information (and a call for volunteers) is here.

Thanks to our Canon Albert Ogle for putting this together!